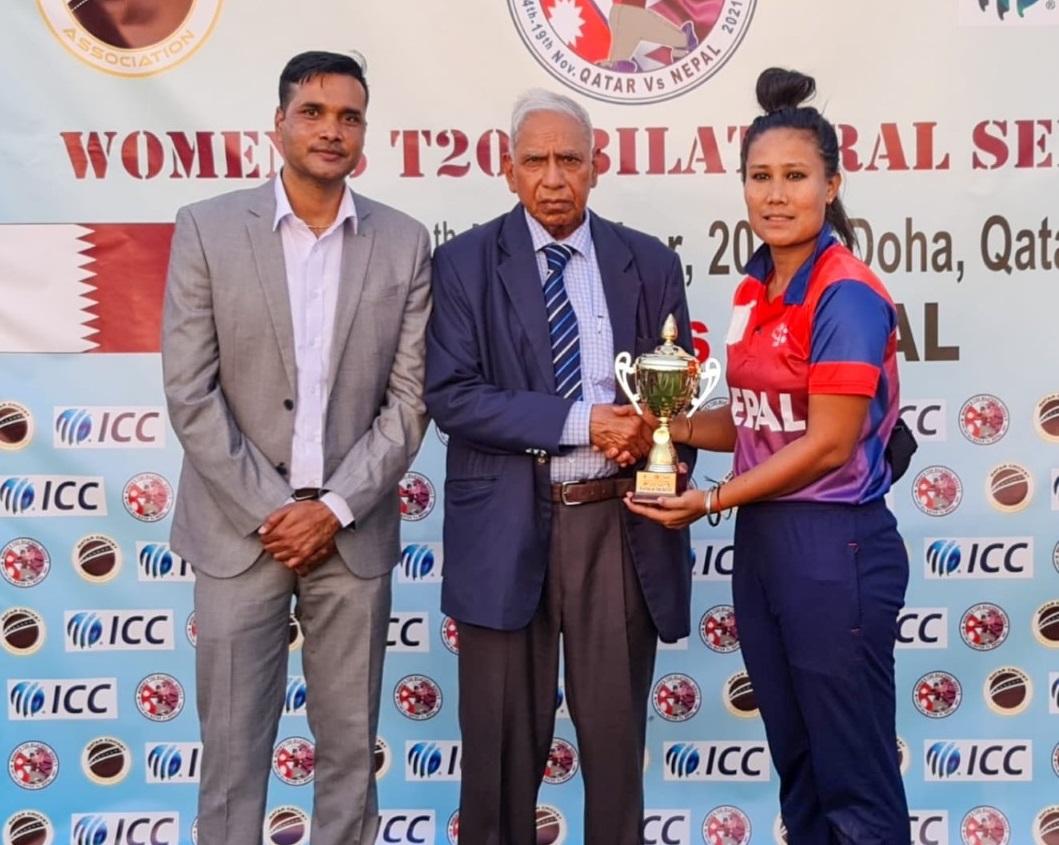 Manzoor Ahmad, director of operations for the Qatar Cricket Association, presents the award for best player of the match to Nepalese Rubina Chhetry.

Doha: Rubina Chhetry put on a skippering performance and guided Nepal to a convincing 61-point triumph over hosts Qatar in the second and penultimate Women’s T20 International to seal the series 2-0.

At the Asian City Stadium, Nepal gave a sparkling full demonstration of Chhetry. First, the captain propelled them to a 129 for six with a half-century charge. Then she emerged as the second best player with two for 12 to set up the big win. Chhetry added 56 points for the third wicket with opener Kabita Kunwar, bringing them to a safe total. Chhetry’s 48-bullet shot contained limits of six and four. Kunwar also hit fluently to get 31 out of 30 balls, including two sixes. Angeline Mare impressed with two for 28. Aleena Khan, Sabeeja Panayan and Saachi Dhadwal shared three scalps.

Today, the two teams will play the third and final T20I before the visitors leave for the United Arab Emirates to compete in the qualifying event in Asia for the ICC Women’s T20 World Cup.

The Lions lose, but seal the place of the series