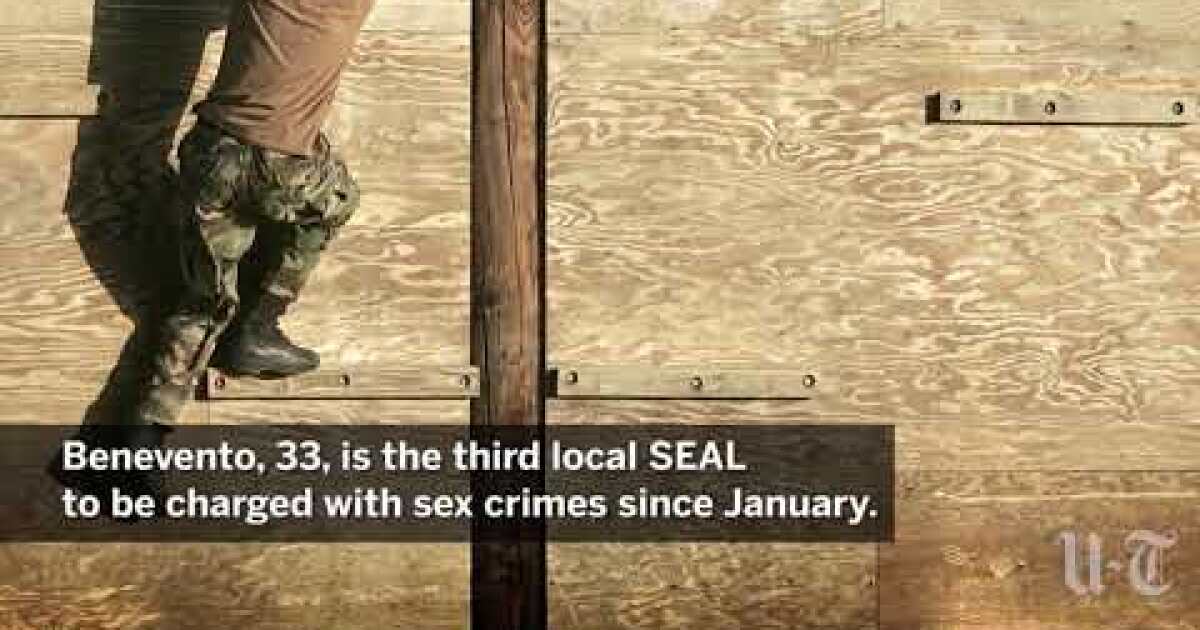 A commissioned Navy SEALs officer faces sex crime charges resulting from an alleged assault on a woman in November, according to his indictment.

On June 29, Navy officials charged Lt. Joseph “Joey” Benevento with two violations of military law for allegedly placing the unidentified woman on a bed, removing her pants and penetrating her. without his consent. The incident reportedly took place at an undisclosed location in San Diego on November 6.

Rear Admiral Timothy Szymanski, commander of Coronado-based Naval Special Warfare Command, has given the green light for a preliminary investigation. No decision has been made on whether Benevento will proceed with what is called an Article 32 proceeding, which resembles a civil hearing before a grand jury.
Messages placed at Benevento’s office, on a home phone and on social media sites on Wednesday were not returned.

“The LT Benevento is not guilty and we intend to fight these false allegations until the end,” Waddington wrote in an email. “This case has been investigated by local authorities and they have refused to prosecute. Now the Navy is on a witch hunt.

Benevento, 33, was not jailed. He is the third local SEAL to be charged with sex crimes since January.

In April, SEAL Team One Petty Officer 1st Class Gregory Kyle Seerden was extradited from Coronado to Virginia over allegations he used his cell phone to film himself assaulting a child.

Benevento was on the Naval Special Warfare Command roster when he was charged. Military records indicate that he enlisted in the Navy in 2006.

An online biography indicated that he obtained a bachelor’s degree in history from the University of Florida that same year. It also listed the staff positions that Benevento held, as well as several operational units that he led during multiple deployments in the Middle East and Afghanistan.

The biography was deleted after the San Diego Union-Tribune asked authorities to provide Benevento’s indictment.

The Navy has the first female applications for the post of SEAL Officer, Special Boat Units