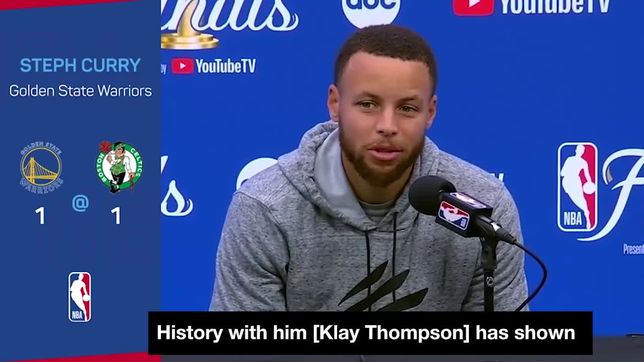 During the NBA Finals, the Golden State Warriors player Klay Thompson converted just 26% of his three-point attempts in Games 1 and 2 against the Boston Celtics. That might sound like a confusing statistic, unless you know how Thompson’s models work. Steph Curry, who has played alongside Thompson since 2011, knows how he works and doesn’t care in the least.

“History with him showed there is no predictor,” Curry said. “He always found a way to get started, especially in the playoffs. Just to have a strong impact. Usually it is very noisy.

It’s true that Thompson has a history of poor shooting performance in the playoffs, only to come back and have an explosive night to make up for it. You could see it in the Western Conference Finals when the Warriors took on the Dallas Mavericks. Thompson was shooting just 7 of 24 from beyond the arc, and in the first four games he never scored even 20 points. Then came Game 5. Klay shot 8 of 16 from deep and had 32 points to seal the series victory.

“I’m not particularly worried about this because it’s not the first time this has happened,” Warriors head coach Steve Kerr said. “Klay has a way of reacting to mini-crises or whatever you want to call them.”

Game 3 is tonight, Wednesday, June 8 at 9 p.m. ET in Boston. The Warriors would probably feel a lot better if Thompson could manage to have that explosive game tonight rather than wait for Game 5, but either way, they know it happens at some point.

“Come to Game 3, I probably won’t do much different than just play with good pace and chase some great shots,” said Thompson. “When I tend to do that, I tend to have a big night.”