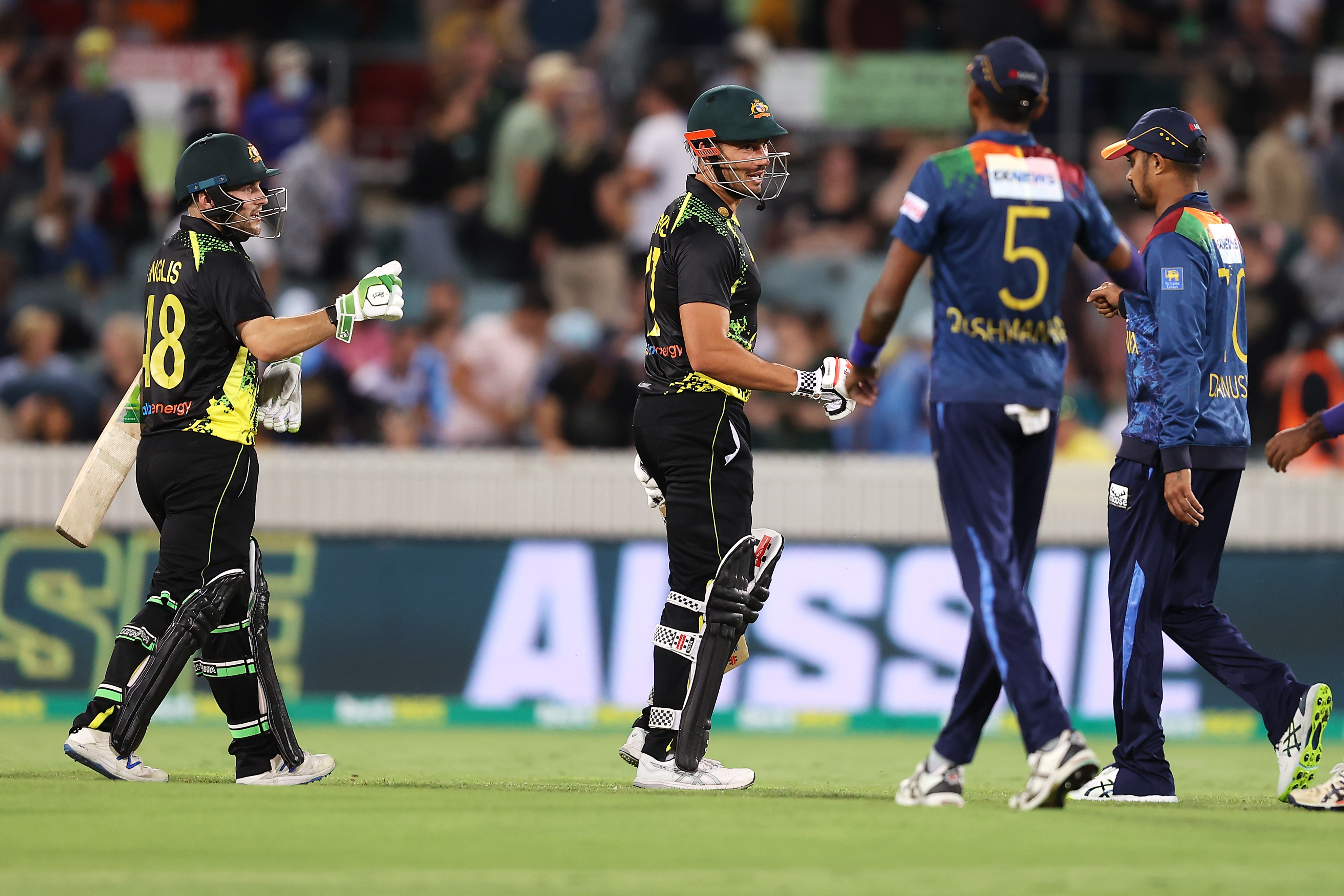 A three-for from Kane Richardson followed by a 50-run stand between Glenn Maxwell and Aaron Finch helped Australia win the third T20I by six wickets and secure an unassailable 3-0 series lead matches.

It was an important draw to win as Sri Lanka were batted by Australia and limited to a modest 121/6 – a display of clever bowling from Australia, but also with dismissals smooth and poor shot selection from Sri Lanka.

The visitors started well, going 17/0 in two overs, but lost ground soon after. Richardson entered the attack and immediately collected Danushka Gunathilaka and Charith Asalanka in an over to reduce Sri Lanka to 23/2. Gunathilka was undone by his paddle scoop, lobbing it straight to the thin leg, while Asalanka shoved one outside to give Matthew Wade a regulation grip.

The misery worsened when Kusal Mendis (4) and Pathum Nissanka (16) went down twice in a row. At 40/4, the Lankans seemed to be in all sorts of trouble and were in danger of going to bed early.

However, the fifth wicket stand between Dinesh Chandimal and Dasun Shanaka revived them, although while the pairing brought stability to the innings, the scoring rate never threatened the hosts.

Chandimal was eventually knocked down by Richardson early in the 17th for a 25-29 ball with Sri Lanka slipping to 87/5. A few shots at the end and the presence of Shanaka managed to push the total to a more respectable 121/6.

With a low total to defend, Sri Lanka needed a great start and they got it when Maheesh Theekshana fired Ben McDermott on the first pitch of the Australian innings. As Hagar and Aaron Finch looked to rebuild, Theekshana struck again at fifth, suppressing the former by trapping him in front of the leg.

At 26/2, Australia were in a similar position to Sri Lanka and needed some resistance from their experienced hitters. Glenn Maxwell and Finch provided just that. While Maxwell assumed the role of aggressor, Finch dropped anchor at the other end. Slowly and surely, the duo began to nibble away at the modest target.

Maxwell was given a reprieve on the 22nd when he was dropped Jeffrey Vandersay, although he had a tough chance at cover. Maxwell was able to add another 17 points to his tally before Theekshana struck again to send it back for 39, with Kusal Mendis taking a simple catch from deep.

Despite Maxwell’s crucial wicket, the half-century stand had revived the hosts and they need just 46 more from 9.2 overs. By the time Finch went out three overs later, the runs required had been halved, with Josh Inglis continuing where the previous pair left off.

Inglis and Marcus Stoinis kept their smarts to navigate the rest of the chase with ease. Stoinis hit two fours in the 17th to help Australia secure a six-wicket victory, sealing the series 3-0 with two more games to play.