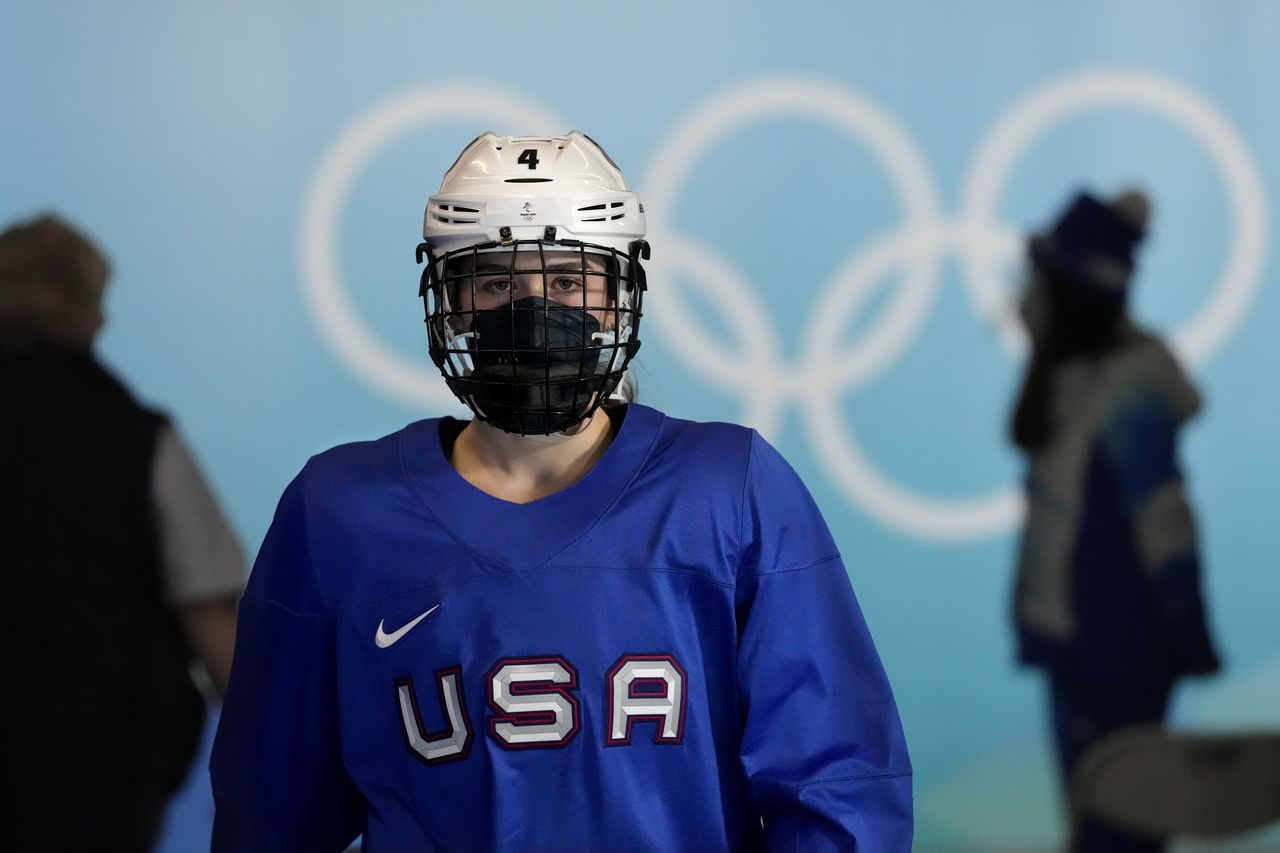 The United States women’s hockey team takes to the ice on Thursday as they begin their quest to defend their gold medal. First up: a round robin game against Finland at the 2022 Winter Olympics in Beijing. Team USA returns as ice hockey begins ahead of the opening ceremonies this year, leading to early action in Beijing. Hilary Knight returns to the heart of Team USA alongside Brianna Decker, Kendall Coyne Schofield and goaltender Maddie Rooney. Thursday’s game will be broadcast live on Peacock in the morning and replayed in the evening on television via USA Network. Fans can watch all Winter Olympics events live through Peacock. This game can also be streamed via Sling and fuboTV, which offers a free trial.

Live steam options: Peacock | NBCOlympics.com | Sling | fuboTV – All events will be streamed live through Peacock, which has a free tier and is available through smart TVs and streaming devices. Viewers can also use their cable or Peacock login credentials to watch through NBCOlympics.com and the NBC Sports app. Fans can also watch NBC TV coverage through Sling and fuboTV, which offers a free trial.

How to watch Team USA events live and delayed – Due to the 13-hour time difference between Beijing and the US East Coast, many events will be broadcast live overnight. These shows are generally only available to stream through Peacock and NBCOlympics.com.

How to watch the Olympics for free – You can watch most Olympic events for free through Peacock, which has a standard free tier that contains ads. You can also attend seven days of events (including those on USA Network and NBC) for free by signing up for a fuboTV trial. Select events will air on USA Network and CNBC. Highlights will also be featured on NBC’s primetime broadcasts.

More coverage via The Associated Press

Cammi Granato has never forgotten the young girl she lent her stick and gloves to at one of the former US Olympian’s first hockey camps in Chicago in the late 1990s.

It was years later that Granato discovered that this girl was Hilary Knight.

“Her stick broke and I said, ‘Here, take mine right now,’ because she didn’t have another one. I mean, she was so little,” Granato recalled. I remember her very well at that time. I didn’t know it was Hilary until Hilary told me years later it was her.

Knight was 8 years old and was drawn to the sport in large part by Granato, who captained the United States team in 1998 that defeated Canada in Nagano to win the first women’s hockey gold medal in the United States. Winter Olympics.

The symbolism of his passing the baton to Knight is not lost on 50-year-old Granato.

Just as Granato and her teammates did to inspire a generation of girls to get into hockey, the 32-year-old Knight is doing the same, having become the face of an American team preparing to defend its last Olympic title at the Beijing Games.

“That’s the one thing I really admire about this group of women. They actually make the game grow, pushing the boundaries for more rights, for more equality while they play,” said Granato, the first female Hockey Hall of Fame inductee who now serves as a scout for the NHL’s Seattle Kraken.

“So Hilary, both on and off the ice, what she means to the growth of the game is exponential,” she added. “She’s an incredible role model. She’s got a great personality. She’s fun. She’s a killer scorer. … she’s a powerhouse.

Knight is in her fourth Olympic appearance in women’s hockey in the United States, a record in which she won one gold and two silvers.

The 5-foot-11 forward has a powerful skating style and powerful shot, with Knight ranking fifth in the United States Olympic record books with 17 career points (six goals, 11 assists), one behind Granato. At the world championships, Knight surpassed Granato’s records (44 goals and 78 points) in August by taking his tally to 47 goals and 80 points.

Months later, Knight was still struggling to grasp the reality of getting ahead of his idol.

“It still seems so far away,” she said. “I always feel like Cammi is number 1 for me personally, you know? ‘Cause that’s how it feels, isn’t it? I still feel so much like a little kid in so many ways.

She continues to play because of the joy she still gets from hockey. Still, Knight has proven more than capable of meeting many of the challenges women have faced in pushing the game forward.

Knight was at the forefront of American players’ threat to boycott the 2017 World Championships on home soil, successfully securing their offer for better pay and fairer treatment from USA Hockey. Two years later, Knight helped form the Professional Women’s Player’s Hockey Association, which continues to push for a North American women’s professional league with sustainable salaries.

On the ice, Knight has led the United States in points and/or points at five world championship tournaments. At the 2017 world championships, she scored the goal in overtime to seal a 3-2 win over Canada in the gold medal game.

Knight’s double impact earned him immense respect from his teammates and opponents alike.

“She always puts her team ahead of her and fights until the end,” Finland captain Jenni Hiirikoski said. “We have a lot of good battles on the ice, and she’s a really big star for our game. It’s been an honor to play against her for so many years, and I hope she’ll play a lot more as well.”

“When I was little I looked up to Cammi Granato. Now nobody is Cammi, but when you look at someone who carries the weight of the sport on their shoulders like Cammi did…you can put Hilary Knight in this category,” she said. “So what does Hilary Knight mean in this game? You can’t put it into words. You just watched it evolve before your eyes.

Knight politely diverts attention, focusing on the next challenge by becoming the first American team to successfully defend their Olympic title. There is always a new test to bring her back.

“Honestly, coming every day and being touched by the sport because it’s a challenge, isn’t it?” said Knight. “That’s what makes us all want to keep coming back and trying to be a part of this team. The women in this room are amazing, and it’s intoxicating in a way. You just want to be a part of that. .

Knight remembers attending Granato’s camp, but a more vivid memory is of a reunion they had in 2006, when the national team held an exhibition game against the private school boys’ team Choate in Connecticut. Her only disappointment was that school officials wouldn’t let her dress up and play.

That summer, however, Knight was invited to join the national team and, a year later, made her debut receiving the No. 21 jersey from Granato.

Knight is now the senior member of the team. As difficult as it has been to see many of his contemporaries retire, his passion to keep playing is rekindled by the talented young newcomers. Don’t tell him defender Caroline Harvey was 5 years old when Knight made her national team debut in 2007.

Recalling that the American series of pre-Olympic games was called “The MyWhy Tour”, Knight told him why.

“It’s for the next generation. I lived this experience. I had great role models,” Knight said. “And to be able to spark some kind of inspiration in the next generation, to go here and do better than we have, that’s ultimately my why.”