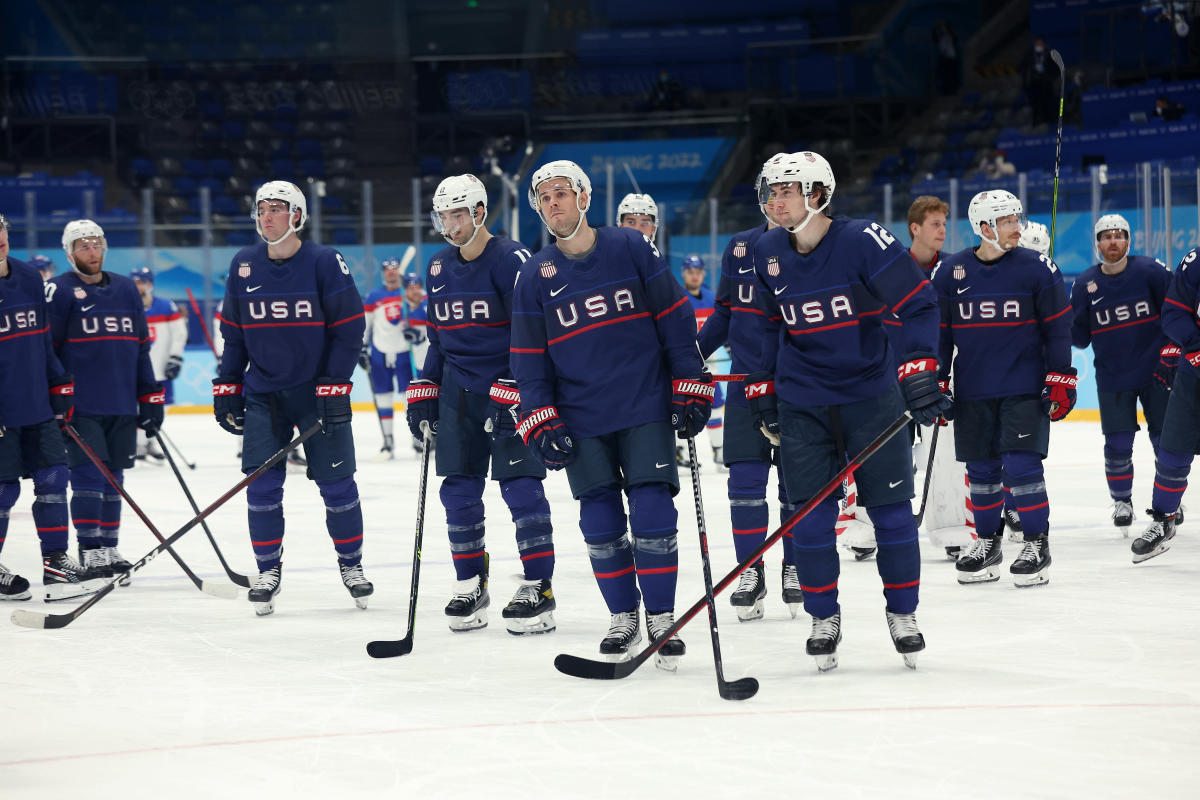 When Slovak goalie Patrick Rybar stopped U.S. captain Andy Miele in his shootout attempt in the men’s ice hockey quarterfinal game, it not only sealed an upset victory for Slovakia and eliminated the States States of the Winter Olympics.

This meant that most likely, the only chance for the majority of the United States men’s ice hockey team to win an Olympic medal was gone, as quickly as Rybar’s stoppage.

“It’s just sad that it’s over,” Miele said tearfully after the game. “That moment meant a lot to me. I just hope we made our country proud.

The majority of Olympians in Beijing have worked their whole lives to get here. And if an athlete does not achieve an Olympic medal this year, there is a good chance in four years that he will return to this stage.

This is not the case for the men’s ice hockey group.

No one on this team was supposed to be in Beijing for this tournament. It took the NHL’s choice not to send its players for this unique group of teenagers and former NHL “has-beens” to form.

That’s why the team’s veterans took this loss a little harder than most. While young college hockey prospects have hopes of playing in the NHL and possibly returning to the Olympics, this was the one and only chance for older players to represent the red, white and blue. .

“We have a lot of young talent. They have a great future there,” Miele said. “Us older guys, it was a big moment for us.”

It wasn’t like this American team was in the game. No one was sure what to expect without NHL representation at the Olympics. This created an open field at all levels, which the United States took advantage of.

The team finished 3-0 in group play as the only team to win all three of their round-robin games in regulation time. They earned the playoff seed and a first-round bye.

This allowed for a favorable match against a Slovak side who had been pushed around by Sweden and Finland in the group, which made it look like an easy pass to the semi-finals.

It was far from the case as Slovakia fought on until the final buzzer, scoring the equalizer with just 40 seconds left in regulation time before finally winning in a shootout.

Although they missed an Olympic medal chance, it was still a unique experience for the American players. One they will remember forever.

“It’s a special thing to be a part of,” Agostino said. “We didn’t reach our goal, but we’re really lucky to have the support of our friends and family back home.”