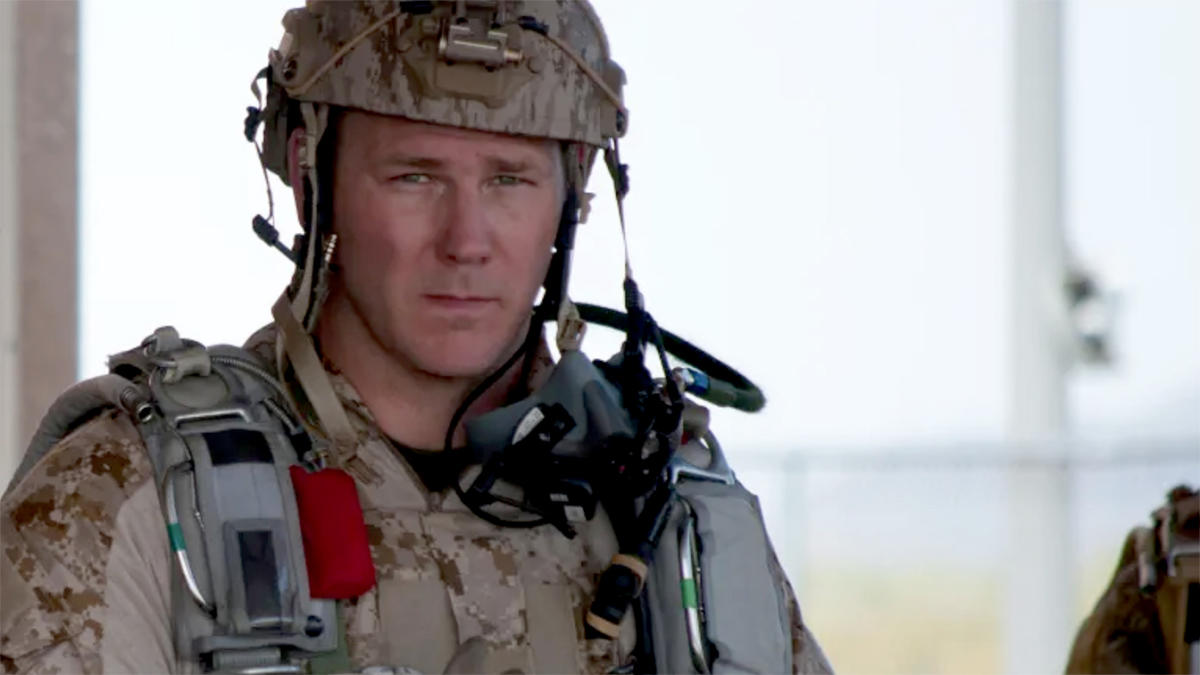 When the screen door opened at a military airfield in Virginia Beach, Va., wives were waiting for their husbands after another grueling deployment. Still dressed in their camouflage uniforms, SEAL Team 6 operators reunited with their wives that night in the summer of 2009. Sydney Mulder stepped forward to kiss her husband, Bill, but immediately saw that something was wrong. was not going.

“I’ll never forget him. He looked different physically. Something had changed,” Sydney told Yahoo News. “They were very active. He said they were out almost every night on their missions .

Bill Mulder had worked his whole life to serve in the most elite unit in the US Navy – famous for its counterterrorism operations around the world – but he joined the Navy and served in SEAL Team 5 before the War on Terror . He was selected for SEAL Team 6 in 2004 before being assigned to Gold Squadron. As the tempo of the war quickened, Bill was in a constant cycle of deployment, but he was also honing his skills and building a reputation as a competent operator.

Back home, Bill and Sydney usually sat and talked about the deployment over a case of beer, but not this time. Bill, one of the nation’s most decorated Navy SEALs, wouldn’t talk about it and even told her he needed a break. The Navy found him a job in San Antonio as a SEAL recruiter that would give him some relaxation. But he hated it – hated the job and hated being away from his teammates, and began to descend into alcohol abuse.

Then in 2011, Extortion 17 was shot down from the sky. The CH-47 Chinook twin-rotor helicopter was ferrying Gold Squadron operators to a ground Ranger element in Afghanistan’s Wardak province when it was hit by a rocket-propelled grenade. The crash killed all 38 soldiers on board, including 17 Navy SEALs – most of them friends of Bill’s from Gold Squadron.

“They were Bill’s brothers,” Sydney said. “It was fucking awful. There was so much collateral damage from this accident.

From their home in San Antonio, Bill answered phone calls from his teammates while Sydney spoke to the spouses. They were watching the crash news, both in tears, when they nodded to each other and silently made the decision to return to SEAL Team 6. Within three months, they had sold their house, returned to Virginia Beach and attended the funeral. Bill was assigned to the unit’s newest squadron, created during the war, called Silver Squadron.

But the war had continued without Bill and Sydney, and the culture of the unit had changed.

“Add this influx of new guys, and I think Bill never fit in when we came back. It just sucked, it was awful,” Sydney said. In Silver Squadron, Bill ran into his team leader despite deploying almost immediately.

Team leader was a job Bill wanted to do, but alcoholism was affecting his job performance. “His lack of sleep was constant, the rage, these outbursts,” Sydney said, describing how he had changed. “The paranoia was great. His memory was starting to get affected, he was losing things all the time,” she said, attributing these behavioral changes to post-traumatic stress and head trauma.

At this point, SEAL Team 6 management knew Bill was struggling and found him a position to spend the rest of his time in retirement. During this time, he tried therapy, including art therapy, and received outpatient treatment at a specialty clinic at Walter Reed National Military Medical Center – but failing to secure a team leader position got him. left feeling broken and unhappy. At the same time, with retirement looming, he would have to make a massive transition to civilian life. The music was about to stop.

Bill and Sydney separated for a few months as things deteriorated, and he retired to San Antonio, where he spent a lot of time alone. Unknown to Sydney, Bill was trying to stay in the game: he applied to the paramilitary component of the CIA ground branch, but was turned down. Sydney and Bill were also trying to mend their relationship, as Sydney prepared to move their three children to Texas to be with him. Bill said he checked himself into a brain treatment center, but there was no proof of this.

“We got lost,” Sydney said.

On June 9, 2017, Bill was on FaceTime with the kids when one of them asked him why he looked sad. He told them he was sad because he wouldn’t see them for a long time. As the kids got angry, Sydney grabbed the phone and started walking up the stairs, telling Bill he shouldn’t say things like that. So Bill showed him he had a gun.

Sydney lowered her voice monotonously and calmly tried to defuse the situation, even as she held the phone away from her because she was so scared. Bill got annoyed that she was holding the phone at an odd angle. They had a few more exchanges as Sydney tried to calm him down, but he then killed himself. Sydney called several times to try to reach Bill, already knowing what had happened. Then she called the police. About 45 minutes later, they confirmed they had found Bill dead in his vehicle in a parking lot.

Sydney’s brother, William Negley, took the stage to present an app he had created, called Sound Off, when he got the call about Bill. Having served in the CIA, Negley had seen firsthand the mental strains on America’s secret and clandestine personnel. He also knew how reluctant they were to overcome the stigma associated with seeking help for mental health issues. Sound Off was created to remedy this problem. But now he was on the phone, hearing that what he had hoped to prevent from happening had just happened to his own brother-in-law.

For Negley, the son of a psychologist, it was already clear that mental health was an issue in the American covert ops community. “My guy who is about to get on a plane to go to Syria, who definitely has a drinking problem and his own problems, is sure that shit is not going to enter the WHO agency [the CIA’s Office of Medical Services] and say, “Let me tell you about my drinking problem,” Negley said. “Zero percent chance of that happening.”

The obvious solution, from Negley’s point of view, was that there should be a place for American secret agents and special operators to ask for help anonymously in order to circumvent the stigma surrounding mental health care and people’s fear of losing their security clearances. . The need to create such a solution was amplified by the death of Ranya Abdelsayed, who sat near Negley in their office. It was the CIA’s only indoor suicide.

“I knew I couldn’t charge anyone for anonymous mental health support,” said Negley, who left the CIA in 2016. So he started fundraising for the project to create an app for mobile phone that would allow spies and operators to talk to psychologists anonymously. . He had been in the project for five years when his brother-in-law Bill committed suicide.

Sound Off went live in Texas in January 2020 and works with a team of clinicians who provide veterans and active duty military personnel with mental health treatment. Negley has partnered with various foundations that serve the special ops community to help reach people who need Sound Off. Several hundred veterans have been served by Sound Off, and Negley hopes to expand the service nationwide.

The weekend after Bill killed himself, Sydney had lain in bed for hours crying when her brother came to see her. Negley sat on the bed with her and said, “Syd, this is what I’ve been living, studying and breathing for years.

“We have to do something,” she replied.

“Will you help me?” Negley asked.