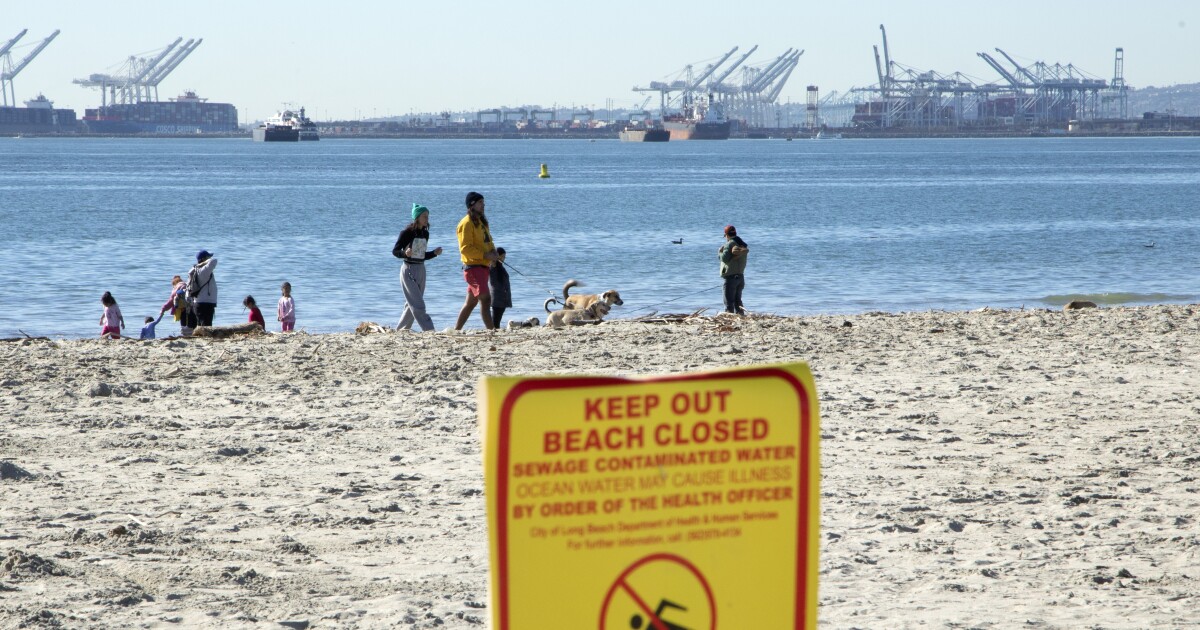 The closures began on Friday after a main sewer failed the previous day, sending between 6 million and 7 million gallons of waste into the Dominguez Canal, which empties into the Port of Los Angeles. Earlier estimates put the amount of the spill at between 2 and 4 million gallons.

The 60-year-old line had deteriorated due to a buildup of sulfuric acid and could have been strained by the series of storms that hit the area last week. It was to be replaced within the year.

On Monday, the beaches at Point Fermin, Royal Palms, Rancho Palos Verdes and Cabrillo were open, according to the Los Angeles County Department of Public Health. However, Inner Cabrillo Beach was under a health warning due to “bacterial levels exceeding health standards,” the department said in a news release.

Long Beach swimming areas remained closed because the waters could not be tested over the weekend, said Jennifer Rice Epstein, public affairs officer for the Long Beach Department of Health and Human Services.

Epstein said samples were taken on Monday. Beaches must be tested for two consecutive days to reopen.

Late last year, the Dominguez Canal was the source of a foul smell that lingered in and around Carson for weeks. A warehouse fire that sent chemicals down the canal was likely the culprit, regulators said.