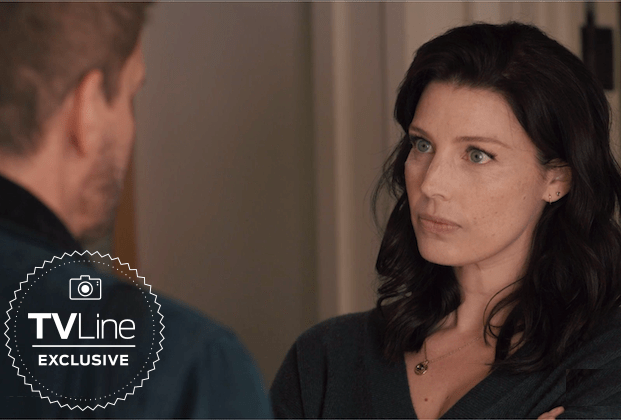 This Sunday in the SEAL Team Season 5 finale, Jason stalks Mandy to say his bit – but is she at all prepared for what she’s about to hear?

When we last tuned in to the Paramount+ military drama, Bravo had just pancaked the Venezuelans’ uranium refining facility and shot down numerous VSPs, only to find their escape route was closed off by U.S. forces. local order.

In the season finale, titled “All Bravo Stations” and written by showrunner Spencer Hudnut, Jason, Ray, Sonny, Brock, Clay, Davis, and Smith must somehow maintain their invisible footprint and make a daring escape before they can think about putting this Omega op in their rear view mirror.

Spoiler alert, if you’re reading this title and watching this preview: Jason (played by David Boreanaz), at the very least, is coming back to the United States alive and in one piece. And in the exclusive preview above, he reunites with Mandy (Jessica Paré), whom he almost asked a few episodes ago to leave him, when he’s put up so many walls after a rocky conversation with his former beau. -dad. law and while dealing with the possibly very real truth about his TBI.

Is there anything Jason can say to Mandy to soften their abrupt breakup? Press play above, and see.

Speaking to TVLine ahead of the finale, Boreanaz told TVLine that he played this season’s Jason/Mandy arc, “Jess [Paré] is awesome – she’s such a unique soul and a great strength, which she brings to the character. I always love it when we do our ‘Jandy’ scenes. We have a lot of fun and we respect each other the most, and we attack it from our own perspective.

I want a scoop SEAL Team, or for any other show? Email InsideLine@tvline.com and your question may be answered via Matt’s Inside Line.