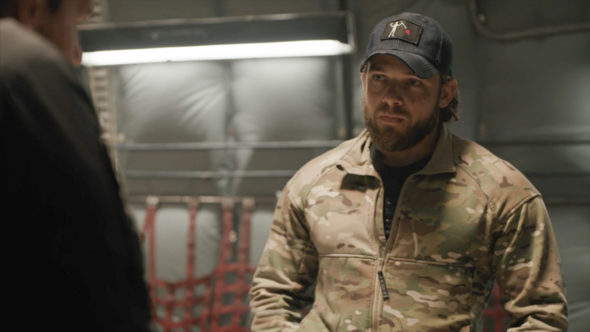 Max Thieriot, of SEAL Team, may have a new series headed to CBS. The network ordered Cal Fire to pilot, and the actor co-wrote and will star in the potential drama series. This news comes after the recent renewal of Paramount+ SEAL Team for season six and also ordered a movie.

In the season five finale of SEAL Team, a cliffhanger left the fate of Thieriot’s character up in the air. By Deadlinethe actor could potentially appear in both shows if Cal Fire should be serialized. The following has been teased:

“I hear that Thieriot is the only main cast member who doesn’t have an amended streaming deal for Season 6, and his existing option hasn’t been picked up by CBS Studios yet because everyone is waiting to see what happens with Cal Fire, which has been a passion project for the actor. According to sources, if Cal Fire is taken up in series, Thieriot could potentially do both shows. I hear everyone talking and there are positive signs that things would be resolved. The SEAL Team The Season 6 start date has been set to allow Thieriot to do the military drama if Cal Fire is picked up on the show.

Future details on Cal Fire will be announced at a later date.

What do you think? Do you want to check Cal Fire if CBS picks it up? Do you hope Thieriot stays with SEAL Team?

Why SEAL Team May Miss a Star When Season 6 Airs