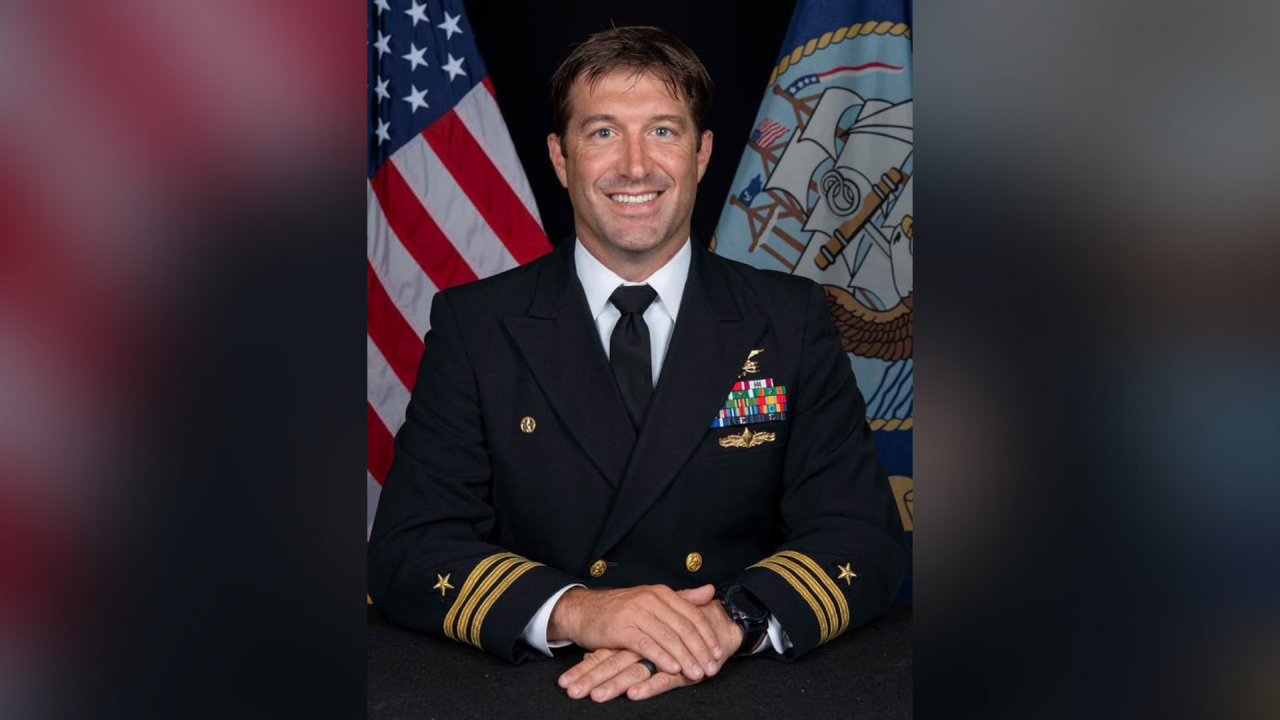 VIRGINIA BEACH, Va. (WAVY) – The commander of SEAL Team 8 has died following an incident during training.

Military officials told 10 On Your Side that 43-year-old Cmdr. Brian Bourgeois died Dec. 7 at Sentara Norfolk General Hospital after being injured while training Saturday in Virginia Beach.

Bourgeois leaves behind his wife and five children.

“Our thoughts and prayers are with the Bourgeois family – and we will ensure that our community remains in support of and connected to Brian’s family and his children, for life,” said Rear Admiral HW Howard. III, commander of Naval Special Warfare Command. “Brian was one of our best leaders, who had all the attributes that make our force effective. His charismatic leadership and faithful stewardship of our standard will be missed. His legacy lives on in the teammates with whom he served, led and mentored.

The US Naval Special Warfare Command confirmed to WAVY TV that a command and security investigation is underway into the incident.

Early indications show that the drama happened during a rapid evolution of rope training.

The fast rope is a technique in which SEAL teams descend a 1.57 inch rope from helicopters. It’s faster than callback; however, it is more difficult because the member usually carries a heavy load of equipment.

It is useful today for deploying personnel from a helicopter that cannot land, such as for quickly boarding a ship traveling at sea.

SEAL team members hold the rope with gloved hands and glide down a rope 15 to 40 feet, depending on the aircraft’s hover height.

This procedure is designed to allow multiple limbs to slide down a rope simultaneously – with a gap of approximately 10 feet between people.

“We are working with SEAL Team 8 to provide all possible support to Brian’s family and crewmates,” said Capt. Donald G. Wetherbee, commodore, Naval Special Warfare Group 2. “An incident like this weighs weighed heavily on all of us. Brian was as tough as can be, an exceptional leader and a committed father, husband and friend. It’s a great loss to all who knew him. He will be sorely missed.”

SEAL Team 8 is part of Naval Special Warfare Group Two based at Joint Expeditionary Base Little Creek-Fort Story. They have a geographic concentration in the Caribbean, Africa and the Mediterranean.

They deploy platoons with Carrier Battle Groups (CVBGs) and amphibious ships in support of Commanders Second, Fifth, and Sixth Fleets, and conduct DFTs in the Caribbean, Africa, and Mediterranean littoral.

Bourgeois received his commission from the United States Naval Academy in May 2001 and has served the Navy and Naval Special Warfare community for more than 20 years.

While at the Naval Academy, he was a member of the Navy football team for four years and earned three college letters. In his honor, the team will come out with a SEAL Team 8 flag along with the traditional American, Navy and Marine Corps flags during their game against the Army on Dec. 11.

The US Naval Academy Alumni Association and Foundation shared this statement:

Our alumni community feels the pain of the loss of each of its members, especially when the loss occurs in the line of duty. Brian’s class was the last to graduate before the 9/11 attacks put our nation on a war footing, and Brian and his classmates have spent nearly their entire careers in jeopardy.

Our Navy anthem provides the words many of us feel in these moments – “O hear us when we cry out to you, for those in peril at sea!” We join in mourning with Brian’s family.

There will be a No. 13 home blue jersey adorned with two SEAL Team 8 patches prominently placed on the Navy sideline, and senior wide receiver Michael Salisbury and second-year wide receiver Jayden Umbarger will wear SEAL patches. Team 8 on their uniform. The patches were presented to Navy receivers coach Mick Yokitis, a 2006 Naval Academy graduate, by Bourgeois earlier this year.

In his spare time, Bourgeois was active in the community and volunteered for several organizations, including:

Brian and his family were an integral part of the Hampton Roads area volleyball community. They were staunch supporters of their two daughters’ teams, and Brian was always the first to volunteer for a task or jump up to climb the bleachers to fetch a misplaced play ball (as seen in the photo) so the game can continue.

Having his two daughters on two teams, he still managed to juggle work/life/family and show his support for all his children; and was very patient as we maneuvered through all the changing COVID restrictions and public tensions in Richmond, one of our main tournament venues.

The “All In All The Time Foundation”, a non-profit organization that provides an immediate response to the needs of the Naval Special Warfare community, has created a fund for the bourgeois family. Go to this link to donate to the family. There is also a GoFundMe page for the family and a Facebook fundraiser hosted by the Navy Football Brotherhood Inc.

Download the WAVY News app to follow the latest news, weather and sports from WAVY-TV 10. Available in both Apple and google play stores.