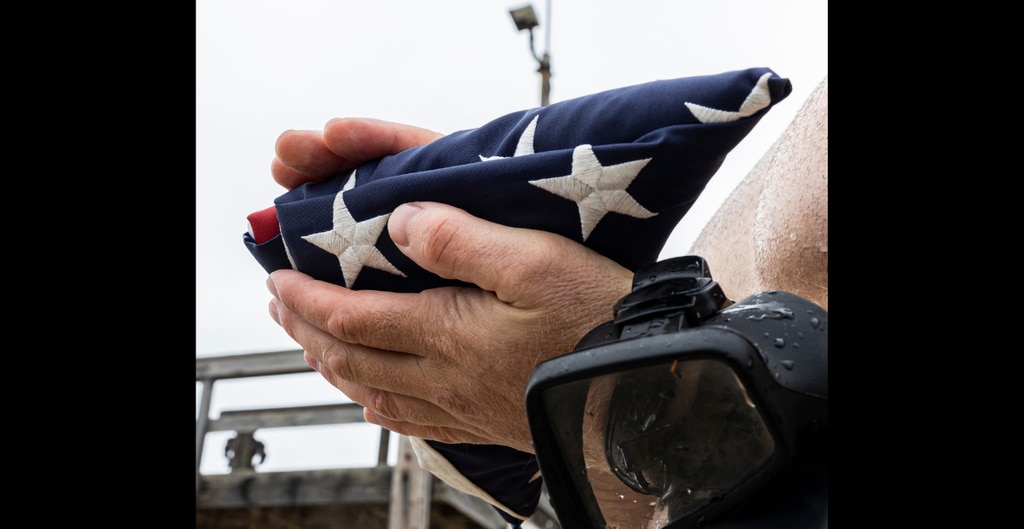 SEAL Team 1 pays tribute to its first commander, who died in May

Del Guidice’s wife, sons and former roommate joined Team SEAL 1 on San Clemente Island on September 16 to tour the training areas where Navy SEALs are made and to exchange memorabilia from the legendary leader.

“The Naval Special Warfare community has lost a valuable teammate and one of the accomplished professionals of the SEAL team with the passing of Dave Del Giudice,” said Rear Admiral HW Howard, commander of US Naval Special Warfare Command, according to a Navy press release shortly after his death. . “He will be remembered as a quiet professional, the one who shaped our history, supporting the tenants of our Ethos and serving as an inspiration to those he led.”

During the memorial service, four members of the SEAL 1 team spread the ashes of Del Giudice as they swam off the coast of San Clemente Island. They also gave his wife a folded American flag, a SEAL Trident and SEAL Team 1 command part upon their return.

“Now that he’s moved on to his final pickup line for the extract, we can confidently say his work on Earth is done; he ran well, and his mission is over, ”Navy Chaplain Lt. Cmdr. Stephen Griffin said during the memorial service, according to the press release.

The friend of Del Giudice, the retired lieutenant commander was also present at the ceremony. Timothy “Tad” A. Devine, who was a roommate with Del Giudice during the replacement formation of the underwater demolition team in 1958.

Following UDT / R training, Del Giudice was assigned to Underwater Demolition Team 12, where he served as the team’s platoon commander, officer in charge and executive officer, and deployed to Vietnam . While there, he was the deputy flotilla commander and worked with 10 other members of UDT 12 to provide the Laotian government with landing craft across the Mekong River.

This experience was crucial when the then chief of naval operations, Arleigh Burke, authorized the creation of SEAL teams in December 1961. He appointed Del Giudice as the commander of the SEAL 1 team.

Del Giudice returned to Vietnam in January 1962 and was tasked with helping to train Vietnamese Coastal Force personnel in reconnaissance and guerrilla warfare, and to train future classes of Biet Hai. [Special Sea Force] commandos.

In total, Del Giudice served in the Navy for 24 years and postings after his stint as Commander of Team SEAL 1 included the role of Budget Sponsor for Naval Coastal Warfare Commands in the Office of the Chief of Naval Operations. , and as the first operations officer for Naval Special Warfare Group 1′s predecessor, Naval Operations Support Group Pacific.

Del Guidice’s last posting was as commanding officer of Naval Amphibious Base Coronado, California. He retired in 1978.

‘SEAL Team’ gears up for final episodes airing on CBS