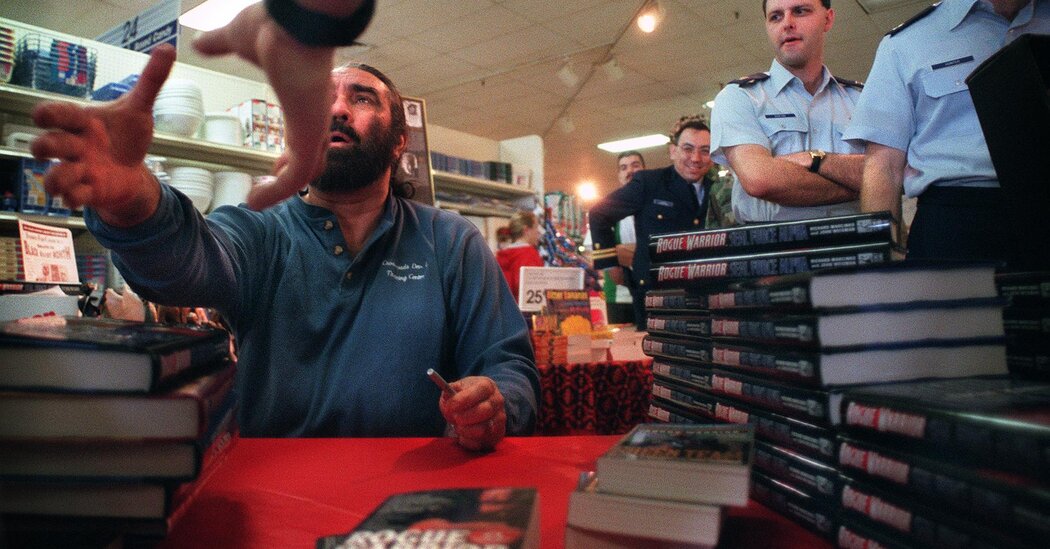 Richard Marcinko was born on November 21, 1940, to George Marcinko and Emilie Teresa Pavlik Marcinko at his grandmother’s home in Lansford, Pennsylvania, a small mining town. In his autobiography, he described his mother as “small and Slavic-looking” and his father as dark and brooding, with a “bad temper”.

All the men in the family, Commander Marcinko writes, were miners: “They were born, they worked in the mines, they died. Life was simple and life was hard, and I guess some of them might have wanted to get by, but most were too poor to buy boots.

He dropped out of high school and enlisted in the Navy in 1958. He was deployed to Vietnam with SEAL Team 2 in 1967, according to the National Naval Seal Museumwho announced death on his Facebook page.

Commander Marcinko received numerous accolades for his service, including four Bronze Stars, a Silver Star and a Vietnamese Cross for Bravery, according to the museum. After having completed two tours in Vietnam, he was promoted to lieutenant commander and then took the reins of SEAL Team 2 from 1974 to 1976.

In addition to his son Ritchie, Commander Marcinko is survived by his wife, Nancy; four daughters, Brandy Alexander, Tiffany Alexander, Hailey Marcinko and Kathy-Ann Marcinko; another son, Matthew; and several grandchildren. His marriage to Kathy Black ended in divorce.

On Sunday evening, Admiral McRaven called Commander Marcinko “one of the most colorful characters” in the history of Naval Special Wars.

“Although we had some disagreements when I was a young officer, I always respected his boldness, resourcefulness and relentless drive to succeed,” Admiral McRaven wrote in an email. “I hope he will be remembered for his many contributions to the SEAL community.”