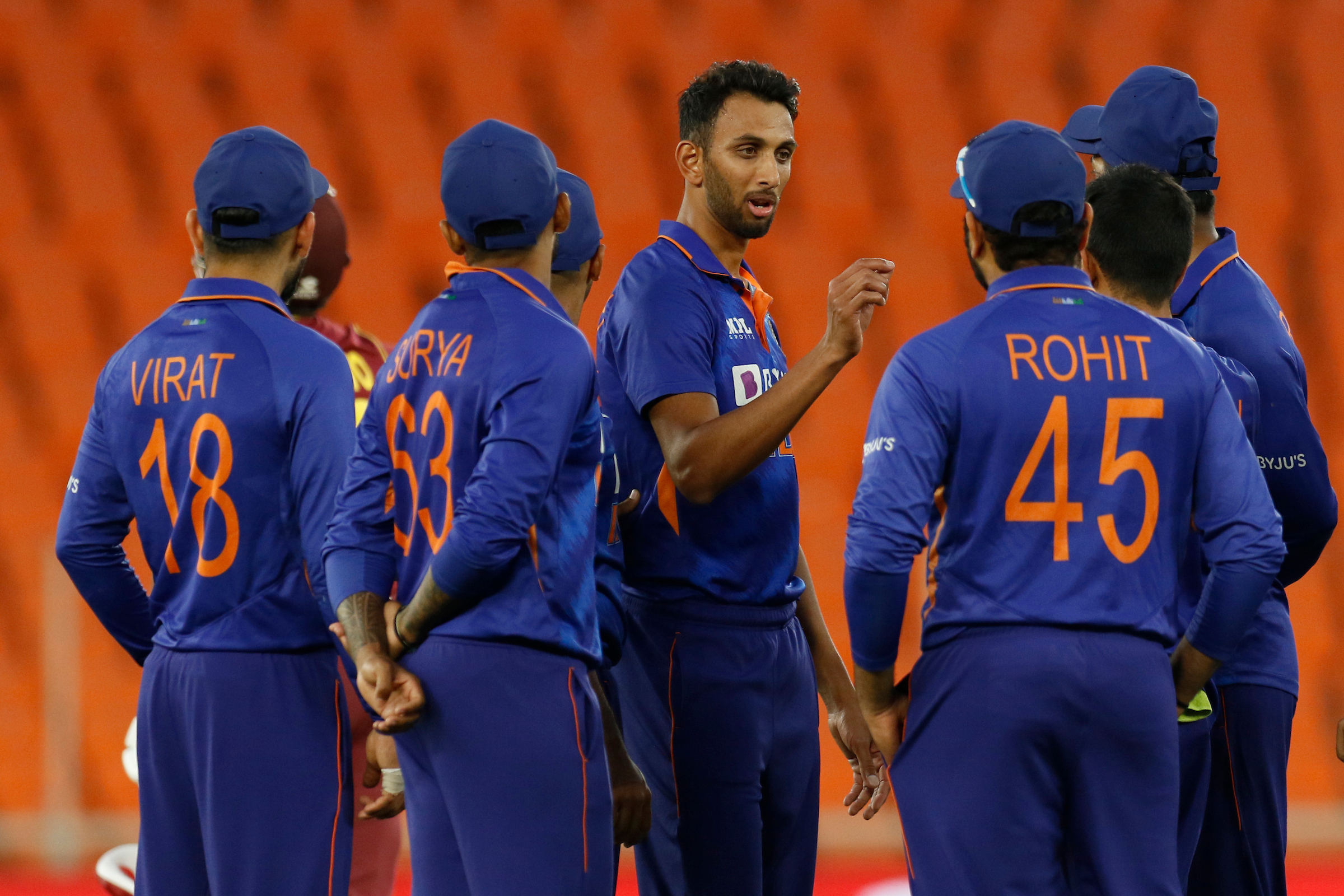 Prasidh Krishna’s four-for and Suryakumar Yadav’s fighting shot of 63 propelled India to a 44-point win over West Indies in the second ODI in Ahmedabad, helping them seal the series with one game remaining at player.

India found themselves in trouble after being batted by West Indian skipper Nicholas Pooran. Rohit Sharma left in the third set of innings with just nine runs on the board as he was sent back caught behind Kemar Roach’s bowling.

With KL Rahul returning to the side in place of Ishan Kishan, Rishabh Pant was promoted to bat to the top of the order but failed to make a significant impact as he returned to the clubhouse in 12th after a brief 30 -race stand alongside Virat Kohli. The former Indian skipper couldn’t stay in the middle for long either, as Odean Smith got rid of him in the same heat.

India was looking at the barrel with the scoreboard showing 43/3 but KL Rahul and Suryakumar Yadav kept their nerves and stabilized the ship. The duo continued to strike sensibly with a risk-free approach. Rahul had life early in his innings when Shai Hope squandered an opportunity behind Roach’s bowling stumps, but he seemed determined to take full advantage as he continued to bat.

The 29-year-old was nearing his 50s towards 30th place, but his innings were shortened to 49 when miscommunication between him and Yadav resulted in his run. Deepak Hooda then came on to bat and Yadav put up another useful 43-carry stand with him. But he had to go for a well-done 63 just as the two looked to gain momentum as he missed a bowling sweep from Fabian Allen.

India continued to lose wickets at regular intervals thereafter and could only manage a total of 237/9 in their overs quota.

The hosts needed early breakthroughs to defend that tally, but Shai Hope and Brandon King gave West Indies a strong start by netting 32 runs in seven overs. But Prasidh Krishna rose to the occasion and gave India back-to-back breakthroughs by sending King and Darren Bravo caught behind.

Hope tried to hang around but succumbed to the pressure once Yuzvendra Chahal was brought into the attack. West Indies were reduced to 52/3 in the 17th and needed a big shot from their skipper Pooran. But Krishna rose to the challenge once again as Pooran edged Rohit Sharma in the slips a few overs later.

The West Indies never recovered from this situation again as the Indian bowlers continued to pressure them. Akeal Hosein and Odean Smith did their best to keep the visitors in contention with strokes of 34 and 24 respectively, but their contributions proved not to be enough as the West Indies were still 44 runs short at the end.

India sealed the streak with the victory and will now be aiming for a blank when they face the visitors in the third and final ODI on February 11.