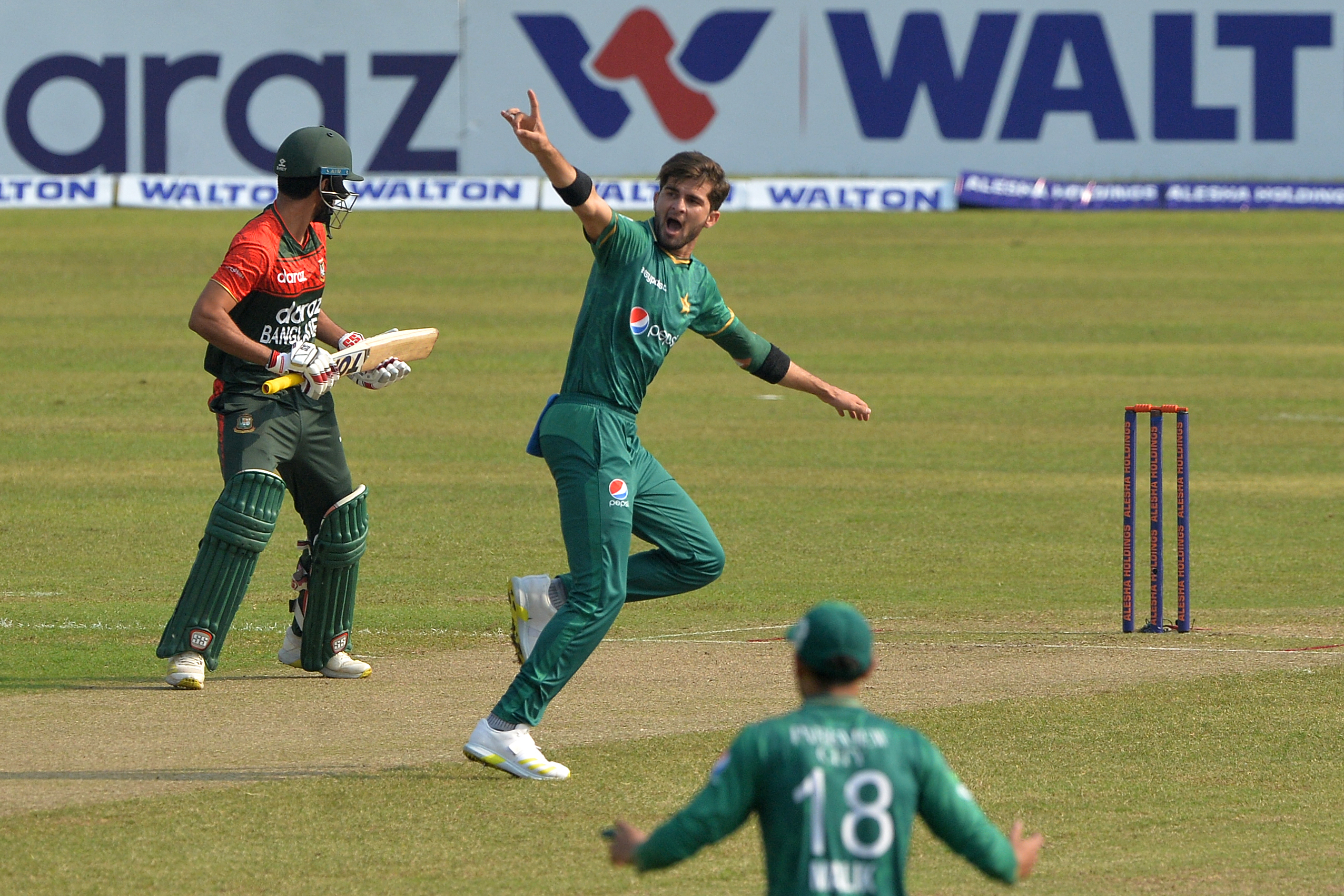 Pakistan won a complete eight-wicket victory over Bangladesh to take an unassailable 2-0 lead in the three-match series.

The 85-point stand between Mohammad Rizwan and Fakhar Zaman helped Pakistan beat the total of 109 in 18.1 overs.

Earlier, Bangladesh recovered after losing their first games in the first two overs, but a brilliant bowling at the end of Pakistan’s innings, where they conceded just 44 points in the last 10 overs, the helped narrow Bangladesh down to a lower than average total.

Afif and Najmul consolidate after the first strikes

Bangladesh captain Mahmud Ullah called him from the toss and once against he chose to strike Pakistan first.

Back in the XI replacing Hasan Ali, Shaheen Afridi struck again early with a vintage swinger in the right-hander, trapping Saif Hassan up front for a golden duck. His colleague opener Mohammad Naim followed him to the lodge a little later.

Afif Hossain’s six in the next against Afridi was a signal of intent from the hitters as they began to counterattack after the first two wickets. Najmul Hossain also continued to find the limits, bringing Bangladesh to 36/2 in Powerplay.

Just when it looked like the hitters had calmed down, Afif fell trying to play a cheeky reverse paddle against Shadab Khan, only for the ball to catch Mohammad Rizwan’s leading edge behind the stumps.

Despite the wicket, Najmul Hossain continued to play offensive cricket to keep the scoreboard working. Skipper Mahmud Ullah fell quickly trying to dab the ball third, only to catch the edge in Rizwan’s gloves.

Pakistan sent other set hitter Najmul Hossain Shanto into the next round, with Shadab Khan taking a stunning comeback from his own bowling alley. Bowlers gave the Bangladeshi hitters no respite, playing tight lengths to dampen the flow of runs.

With the mounting pressure, Pakistan continued to pick up wickets at regular intervals. Bangladesh have only found the border once in the last eight overs as they limped at 108/7 in 20 overs.

In response, Pakistan lost their skipper Babar Azam in just the third for 1, cutting off his stumps yet again as he did in the first T20I.

Aside from Fakhar Zaman’s one six, Pakistan went without borders for the rest of the Powerplay, ending on 1/27. The next four overs also only hit a limit, but with the sweep extended there were plenty of runs on offer for the hitters.

The batters started to start in the 11th over the innings. Fakhar got a reprieve from Saif Hasan, who dropped a skier into the depths. To make matters worse, he let it slip away for a four, helping Rizwan and Fakhar set up their 50-point partnership.

Fakhar punished the bowlers for playing short of bowling, smashing two sixes en route to his seventh T20I fifty. Rizwan also got a lifeline after Taskin Ahmed let him go, but was pulled out two bullets later. Aminul Islam, who was the pitcher the two times the catches were dropped, eventually got a wicket against his name.

Pakistan plans to seal the series, launch at 1 p.m.