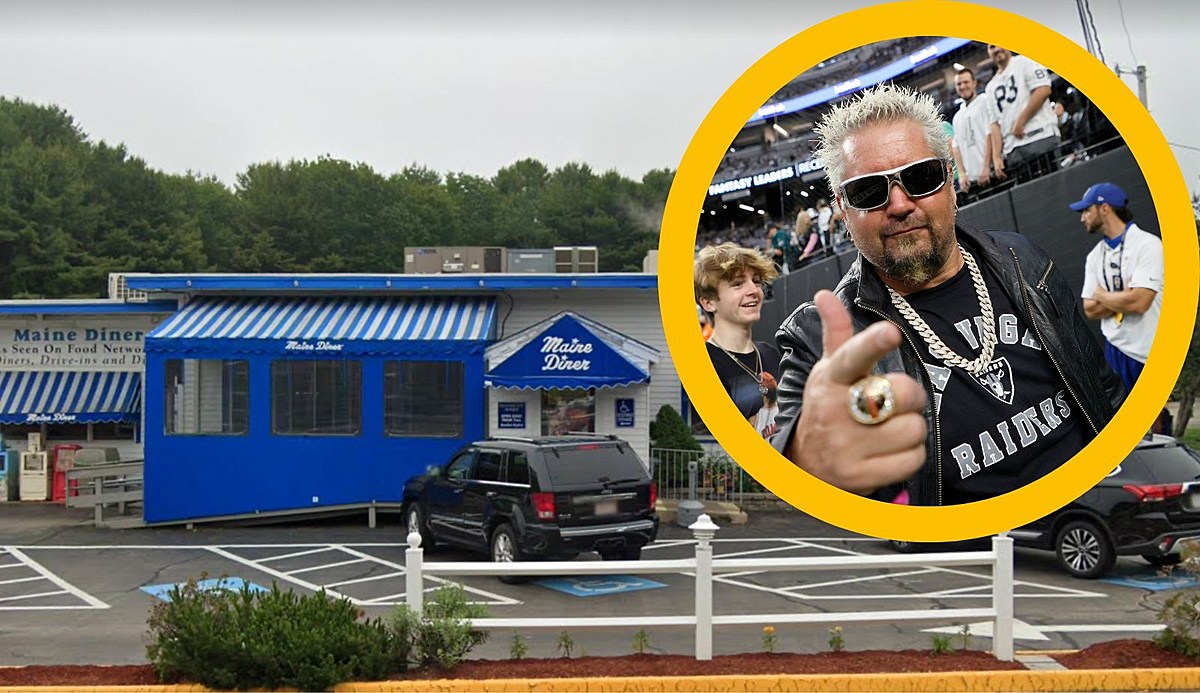 For 35 incredible seasons, celebrity chef Guy Fieri has traveled America to shine a light on the great food from the nation’s best restaurants, drive-ins and dives. Despite airing over 400 episodes, the Food Network series remains as popular as ever. In fact, Fieri’s fanbase has become known for planning vacations around visiting many of the restaurants he features on his shows.

And while Guy Fieri would never declare which location in each state is the best of the best, Delish Magazine has no problem making that statement for him. For residents of the town of Wells, Maine, the answer shouldn’t come as a huge surprise.

According to Delish, the Maine Diner is the best restaurant, drive-in or dive Guy Fieri has visited in Maine. When Fieri brought “Diners, Drive-Ins and Dives” to the Maine Diner in 2010, Fieri was turned into “Grandma’s Lobster Pie” on the menu. This signature concoction features fresh Maine lobster meat with Grandma’s secret stuffing cooked in one pot.

After Fieri’s visit to the Maine Diner, they whipped up another signature dish and named it after her show. Triple D offers chowder, cod cake and lobster pie. Bring your appetite.

Guy Fieri has only visited Maine in two of the more than 400 episodes of “Diners, Drive-Ins and Dives.” Considering Maine’s notoriety for food has blossomed in recent years, it would make sense for Fieri to plan another visit in the not-too-distant future to try a few more under-the-radar spots across Vacationland. Stay tuned.

The 5 Maine Restaurants Featured in Diners’ Drive-Ins and Dive-Ins, Plus 5 More Set to Feature on the Show

WATCH: Food story from the year you were born

From product innovations to major recalls, Stacker has studied what’s happened in food history every year since 1921, according to government news and sources.
Share FacebookTwitterGoogle+ReddItWhatsAppPinterestEmail