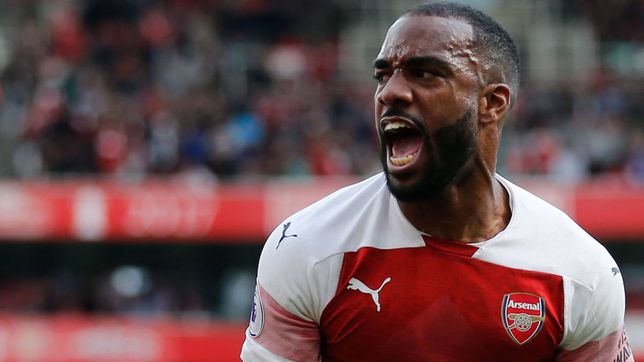 Lacazette joins Olympique Lyon on a free transfer from Arsenal

Alexandre Lacazette is ready to join Olympique Lyonnais on a free transfer of Arsenal – although the Ligue 1 side do not qualify for European football next season.

Lacazette moved from Lyon to Arsenal in 2017 for a first 60 million euros fee on a five-year contract, which expires in June. The 31-year-old previously suggested he would be ready to re-sign for Lyonadding in April that he was in discussions with “several clubs”. Lyon President Jean-Michel Aulas responded by stating “if we have to compromise to get [Lacazette]we will,” while director of football Vincent Ponsot stressed his desire to bring the striker home.

And Peter Bosz’s side, who finished eighth in Ligue 1 this season, managed to seal the French international’s return to his boyhood club, announcing Thursday that Lacazette has signed a three-year contract. “Olympique Lyonnais is very proud and very happy to announce the return to the club of its striker, trained at OL, Alexandre Lacazette for the next three seasons,” said a press release. “At the end of the contract with the English club Arsenal, the French international has signed up until June 30, 2025.”

Lacazette has endured a frustrating campaign in front of goal this season as Arsenal missed out on qualifying for the Champions League to fierce rivals Tottenham. The striker has made 30 Premier League appearances but scored just four times, his worst return since the 2012-13 season when he netted just three league goals for Lyon. However, he provided creative strength to Mikel Arteta’s team, sitting top of the assists chart with Bukayo Saka on seven.

Bosch hopes Lacazette can bring that creativity to Lyon next season and find his feet in front of goal, given he was the last non-Paris Saint-Germain player to finish top scorer in Ligue 1 (27 goals in 2014-15).