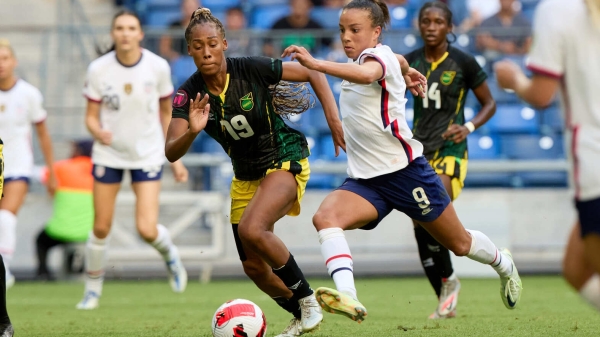 Angel Di Maria has officially joined Juventus on a free transfer from Paris Saint-Germain after seven seasons in Ligue 1.

Di Maria, 34, has won league titles with Benfica, Real Madrid and Paris Saint-Germain, and has scored 14 goals with 21 assists in his seven Champions League campaigns while playing for the French giants.

Over the past decade, his 131 assists in Europe’s top five leagues trail only Thomas Muller (149 assists) and Lionel Messi (174).

In Di Maria’s first interview as a Juventus player, he said coming to the historic club was something on his to-do list.

“[It means] everything, because I’ve been in every country, in the best team, and I missed Italy,” he said.

“The best team in Italy is Juve, they are the biggest club and I was very excited, very excited to come.

“I knew that last year Juve couldn’t win the Scudetto or the Coppa Italia, and I think the motivation to come and be able to achieve everything with Juve was something very nice, and that’s why i said yes.

“For me, it’s a new step in my career… from the moment I said yes, I see it on the first day, all the people here are like a family, all the time taking care of you . It makes me very happy.”

When asked what he can promise Juventus fans, Di Maria said he can guarantee his will to win will never be in question.

“I think the only thing I can promise the fans is my efforts,” he said. “My sacrifice, the mentality of wanting to win – and being able to win as many titles as possible.

“I will always leave everything on the pitch, like I always have. It will never fail.

“I hope we can win all the titles and we will all be very happy.”

In Juventus’ first statement on the Argentine’s signing, they called him “a world-class striker, capable of scoring exceptional goals, but also capable of coordinating the entire front line, often dispatching his teammates to goal”.

He ended by saying: “It’s Angel Di Maria. And he’s a Juventus player.”