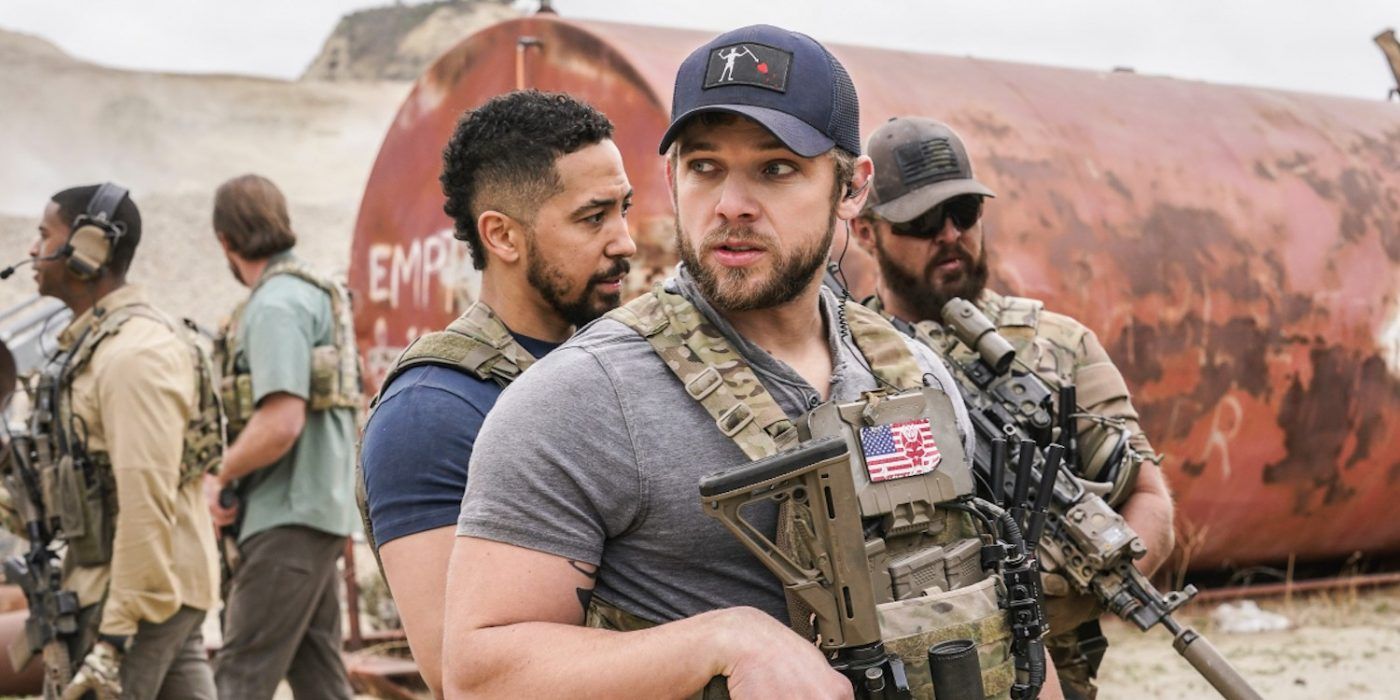 Is Max Thieriot Leaving the SEAL Team After Season 5?

Max Thieriot has proven to be one of SEAL Team’s most popular stars. Now that the show is gearing up for season 6, the actor might be jumping ship.

Max Thieriot’s Clay Spenser has become one of The SEAL Team most popular characters. With the announcement of a sixth season at Paramount+, it looked like Clay’s future alongside Team Bravo was pretty secure. However, the news that Thieriot is starring in a new TV project has cast doubt on that future.

Last week it was revealed that Thieriot will play the main character in Cal Fire, a pilot for Jerry Bruckheimer Television’s CBS. The drama tells the story of a young convict who gains a second chance when he joins a program that brings prisoners and firefighters together. Thieriot co-wrote the pilot episode and was to serve as one of the show’s executive producers. Now, however, things have changed and the actor will also take on the lead role, which has SEAL Team fans fear Clay is about to be killed off between seasons like Linda Reagan on Blue blood or Leslie Shay on chicago fire.

In the T-SEALcrew Season 5 finale, Clay informed his fellow Bravo Team members that their assignment in Mali would be his last. He planned to return to Team Green in order to spend more time with his wife Stella and their newborn son Brian. However, during this mission, Bravo was ambushed by a hail of RPGs, with the screen going black. Clay’s fate – and that of his entire team – hangs in the balance.

The SEAL Team The finale provided an easy opening for Thieriot to walk away, getting his character killed in the attack. It’s common for actors to leave a series to pursue other projects (like Julian McMahon with FBI: Most Wanted or Monica Raymund with chicago fire). But the possibility also exists for the actor to play a double role – to play in Cal Fire and SEAL Team simultaneously. Clay leaving Bravo Team is the perfect opportunity to reduce screen time, allowing Thieriot to make occasional appearances during filming Cal Fire.

However, SEAL Team should have a shorter episode on Paramount+, so Thieriot might consider a manageable workload even if he remains a regular on both shows. It’s rare, but sometimes actors starred in two shows simultaneously or around the same time. An example is Maggie Lawson, who helmed the ABC sitcom Back in the game while being credited as a series regular on the American sitcom Psych. Whether SEAL Team has a shorter schedule and doesn’t overlap the aired filming season too much, Thieriot might be able to handle both without having to cut Clay’s screen time.

All this, of course, depends on the fact that Cal Fire ends up being picked up by CBS. If he does not progress beyond the pilot stage, Thieriot will be free to bring Clay back to Green Team or Bravo Team for SEAL Team Season 6.