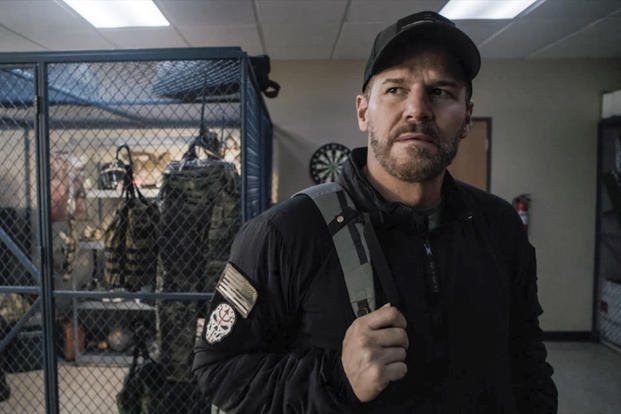 Is it curtains for ‘SEAL Team’ or will it make a spectacular comeback?

This article contains spoilers for the final episode of “SEAL Team” season 5.

“SEAL Team” dodged a cancellation bullet last spring with a messy renewal that saw the series return to CBS for four episodes last fall before migrating to the Paramount streaming service for the remainder of its Season 5 run. 14 episodes.

The season is now over and all episodes are streaming. Now fans are wondering if the show will be renewed for season 6 or if the episode titled “All Bravo Stations” should serve as the show’s finale.

Honestly, it looked like the show was heading for a soft landing after the team wrapped up a brutal mission in Venezuela and returned home to their family in Virginia Beach. Each could settle into their lives, and viewers could say goodbye to the characters after a good run.

The show’s producers instead sent the team on a mission to Mali, where they were soon ambushed in the war zone. The show ended with several lives at stake.

If the series returns for another season, it’s unlikely everyone on the team will survive the attack. If this is the end, perhaps it’s fitting that we never know exactly what happened in the fog of war. Fans can imagine their own results for their favorite team member.

“SEAL Team” didn’t change much after leaving network television, except for the addition of f-bombs that allowed the show to better reflect real-life operators’ conversations. The writers respected what made these characters resonate with an audience on CBS and didn’t use the move to streaming as an excuse to introduce a lot of shocking plotlines or character twists.

Some fans were frustrated that a series of popular networks were moving behind a paywall, but star David Boreanaz said TV line that the show had “done very well for Paramount”. That was parent company ViacomCBS’s plan when it moved a show with a devoted fanbase to its new home.

Boreanaz also dodged questions about whether he would return for another session, telling TV Line that “I’m only as good as the call sheet that says, ‘Hey you got a call time at 8. morning, “right? So we’ll wait and see if that call time comes up.”

It’s hard to predict if “SEAL Team” will return. The show isn’t cheap to do, so that might be a negative. On the plus side, there’s the fact that Paramount hasn’t had any breakout shows that aren’t “Star Trek” related, and that ViacomCBS has inexplicably and confusingly sold the rights to broadcast “Yellowstone at Peacock, even though the show airs on the Paramount cable network.

If you’re a “SEAL Team” fan hoping for another season, it’s time to binge from start to finish and rack up a few hours of viewing to feed the Paramount algorithm. We will have news of his fate as soon as possible. as it breaks.