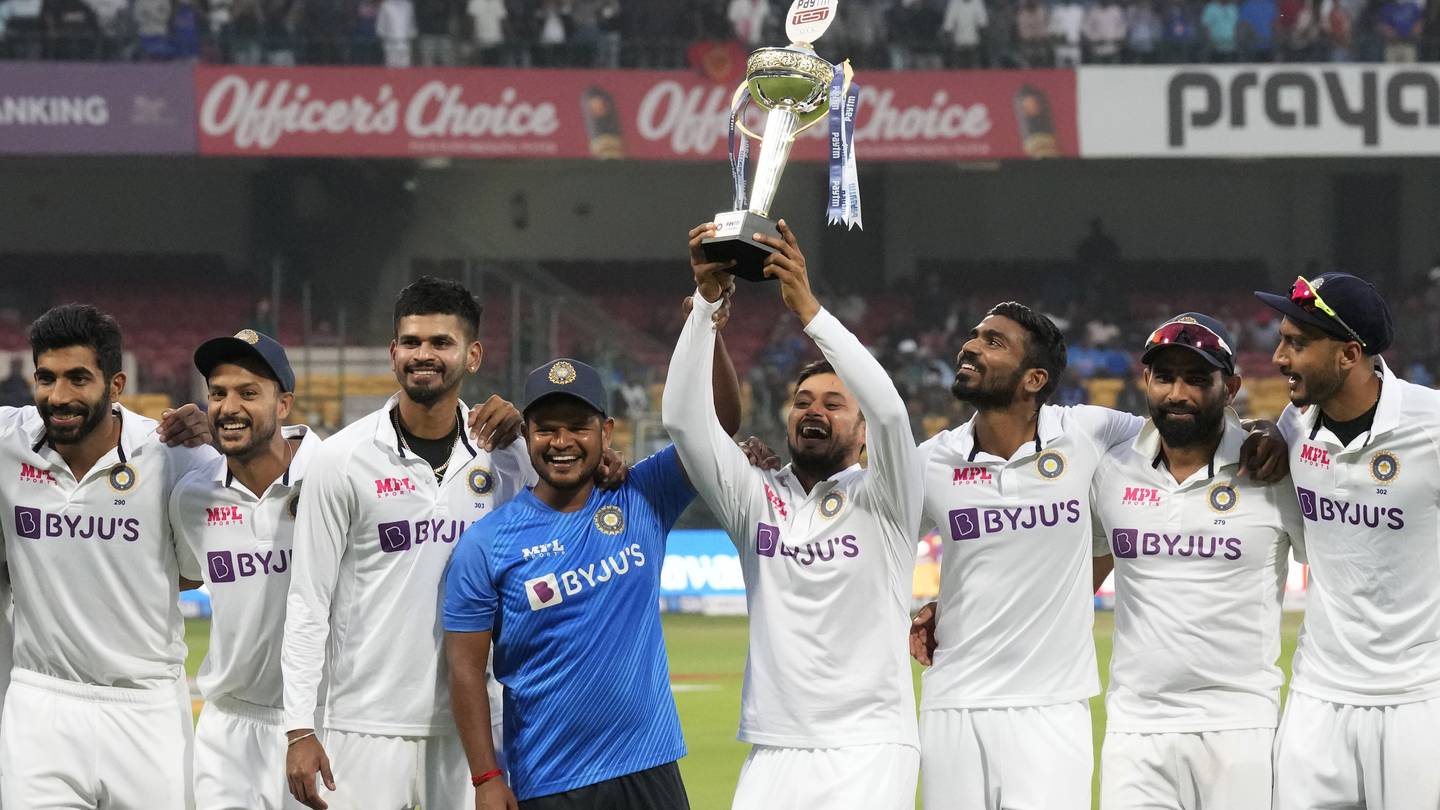 Chasing an unlikely 447 for victory in the second Test, Sri Lanka were knocked out for 208 in the second session – despite captain Dimuth Karunaratne’s challenging 107.

Fast bowler Bumrah (3-23) ended Karunaratne’s magnificent shot and finished with eight wickets in the match, while spinner Ravichandran Ashwin took it 4-55 in the second inning.

Shreyas Iyer and Rishabh Pant scored 67 and 50 in India’s 303-9 declared on Day 2 to play key roles in securing an emphatic victory. India also won the first Test in three days and the win gives new all-format captain Rohit Sharma a winning start in his Test leadership.

“It was a good race and I enjoyed it personally and as a team. We wanted to achieve certain things as a team and we did that,” Rohit said.

“Pink ball testing is tough. We never knew what it was like to play with the pink ball in India, but we are learning to make those adjustments. The crowd just makes it more special.

As the tourists chased a formidable target, Karunaratne fought hard to bring in his 14th Test ton, but the wickets steadily dropped and they were knocked out for just over 200.

Karunaratne and Kusal Mendis had crumbled in the first session and together the pair survived a few edges to raise the series‘ highest partnership in Sri Lanka (97) while Mendis also spoke about his half-century.

India made the breakthrough when spinner Ashwin prompted Mendis (54) to dance on the lane, the batsman misjudging the line as Pant collected the ball and quickly pulled off the bails.

Angelo Mathews, Sri Lanka’s top scorer in the first set, lasted just five balls as Ravindra Jadeja broke through his defense to knock down his leg stump while Ashwin struck again to catch Silva’s Dhananjaya at the front short leg.

Karunaratne put together another 50-run stand with Niroshan Dickwella before Indian Axar Patel entered the act in the second session and opened the lower-order doors with two wickets.

He initially had Dickwella perplexed in the same way as Mendis’ dismissal before Charith Asalanka gave Sharma an easy back short-leg hold to leave Sri Lanka at 180-6.

Despite the circumstances, Karunaratne gave himself a smile as he reflected on a century well put together, with the crowd at M Chinnaswamy Stadium giving him a standing ovation.

“I would have been happier if we had won the game. Once I got in, I knew I could have a big one,” Karunaratne said. “We know we’re a good team. We didn’t have enough good starts to capitalize. As a bowling unit, we gave away too many stray balls.

But his time in the crease was cut short shortly after when Bumrah uprooted his central stump with a delivery that squeezed through the gap between bat and pad.

Suranga Lakmal, playing in his last Test, was sent off when Bumrah knocked him out and the entire Indian team stood up to shake hands with the 35-year-old veteran as he walked away.

Ashwin snatched Vishwa Fernando’s last wicket and his four wickets lifted him to eighth on the all-time Test list on 442 scalps, followed by the fast West Indian Courtney Walsh with 519.

Indian Iyer was named man of the match for his two half-centuries, while wicket-beater keeper Pant was player of the series.