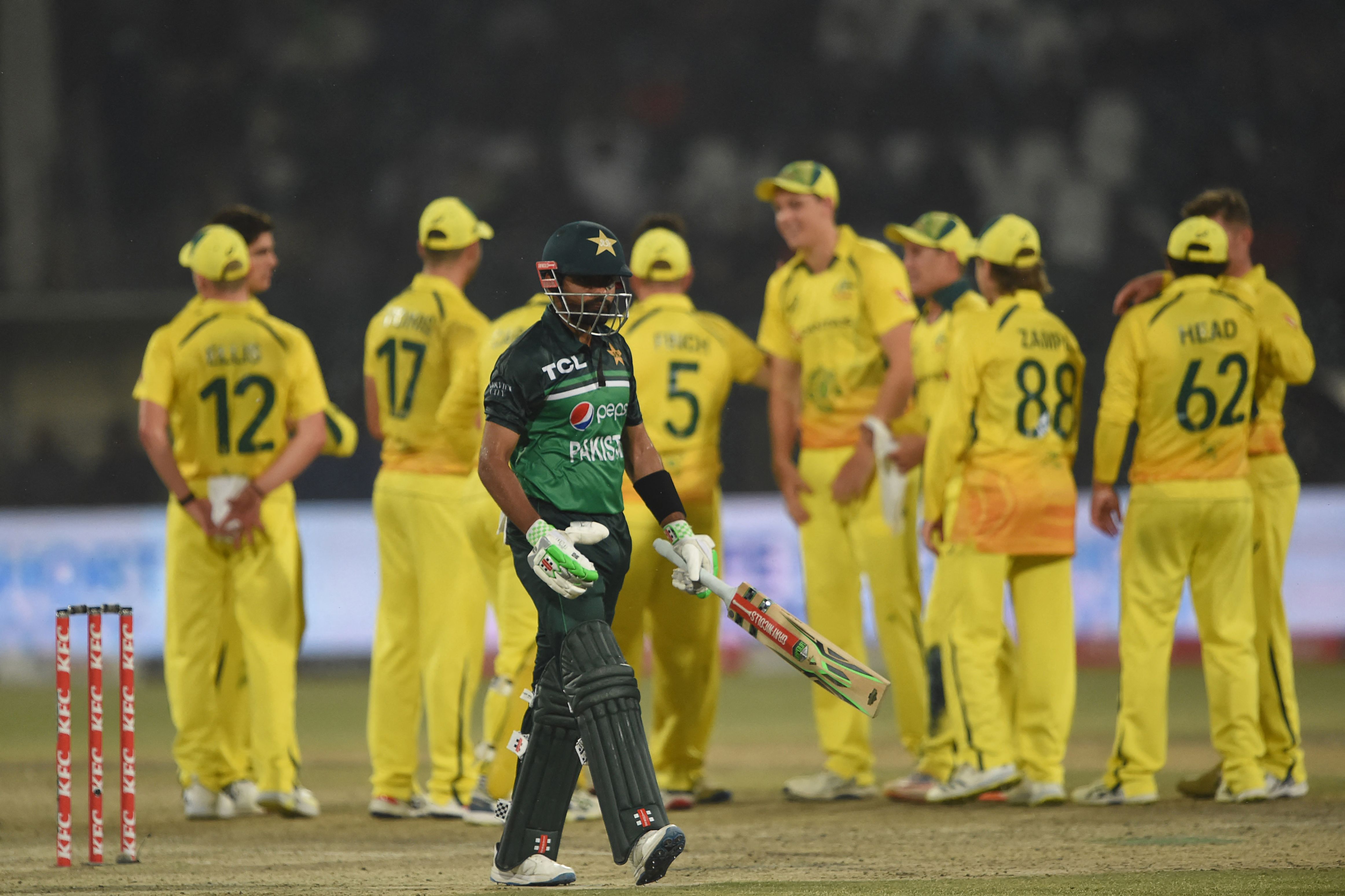 Pakistan have had an incredibly poor run against Australia in the ODIs, having lost each of the last 10 head-to-head contests. Can the men of Babar Azam script a turnaround in Lahore to keep the series alive?

Pakistan’s 88-point loss in the series opener was their 10th consecutive loss to Australia in ODI. They have managed to pick up just one victory in their last 17 head-to-head contests. The hosts also missed out on a chance to earn a valuable 10 Super League points from the ICC Cricket World Cup, which could have been vital in the long run.

Pakistan’s decision to play first on Tuesday turned out to be a bad one as their bowlers struggled to strike consistently. Hasan Ali and Mohammad Wasim Jr. started with the new ball, while senior bowler Shaheen Afridi was rested for the match. The combination proved ineffective, as Australian batters extracted runs early on, especially Travis Head, who then smashed a century in just 70 balls, fastest for Australia against Pakistan.

The Aussie fly-half showed good form, conjuring up their opening partnership of the century in just 14th of innings. Later, Head and McDermott’s aggressive approach further compounded the hosts’ woes. Pakistan were able to make a slight comeback when the spinners managed to stop the scoring and Pakistan fell back somewhat after Head’s wicket to hold Australia at an eventual score of 313/7.

For Pakistan, fly-half Imam Ul Haq and skipper Babar Azam continued to impress with their bats after their sublime form in the Test series, but the middle order couldn’t quite stand. Fakhar Zaman showed some intention early in the chase, but his stay was short-lived. Saud Shakeel, the experienced Mohammad Rizwan, Iftikhar Ahmed and Khushdil Shah managed just 34 runs between them, with Imam left with little support. Despite an early foundation, Pakistan fell short by 88 runs.

Australia, on the other hand, are said to be happy with the overall result of the first ODI with most of their key players absent. Head, who hit in the middle order in the Test series, showed his versatility at the top of the order. While skipper Aaron Finch could be one shot away from rediscovering his best, Ben McDermott, with his fine recent form, has another opportunity to firmly claim a regular place in the limited overs setup.

Finch would expect experienced Marnus Labuschagne and Marcus Stoinis to take on more responsibility, while he would be pleased with Cameron Green’s late blitz, which provided late momentum in the innings.

Although the Aussie pacers struggled to pick wickets, they managed to control the batters throughout the innings. The spinners also did their job, with Adam Zampa leading with four scalps while Mitchell Swepson pocketed two. However, given Pakistan’s top-notch form heading into the second ODI, it will be essential for pacemakers to show up and strike early to increase the pressure early on.

Australia seem to be way ahead of their recent form. However, Pakistan’s quality and unpredictable nature make the second of three ODIs a crack.

In the first ODI in Lahore, an all-around performance from Australia helped them defeat Pakistan on aggregate.

Pakistan opted to play first, but the plan backfired as Australia’s best hitters put on a fine show to post a tough total of 313/7. Fly-half Travis Head led the way with a brilliant 70-ball century, which was then bolstered by Ben Mcdermott’s 55 runs and Cameron Green’s unbeaten 40 runs towards the end.

After losing Fakhar Zaman early in the chase, Imam Ul Haq and Babar Azam battled steadily for the hosts, but leg spinner Swepson fired Babar for 57 to end the 96-point stand. The Pakistani middle order were unable to contribute as they continued to lose wickets, with Imam scoring a century of fighting despite the lack of support. Zampa bagged four wickets and Australia eventually beat Pakistan by 225 to seal a comfortable win.

Aaron Finch (Captain Australia): “We came here with an open mind to be flexible and choose the side. The guys were struggling at the back to hold the ball. It’s easy for set hitters, but it’s hard for newcomers.

Babar Azam (Pakistani captain): “We wanted to limit them to less than 300. But we didn’t start well in the first ten overs, but we limited them well at the end. When your main players are unavailable, you need to support the younger players. Beginners did well. We will discuss the mistakes we made and try not to repeat them in the next game.