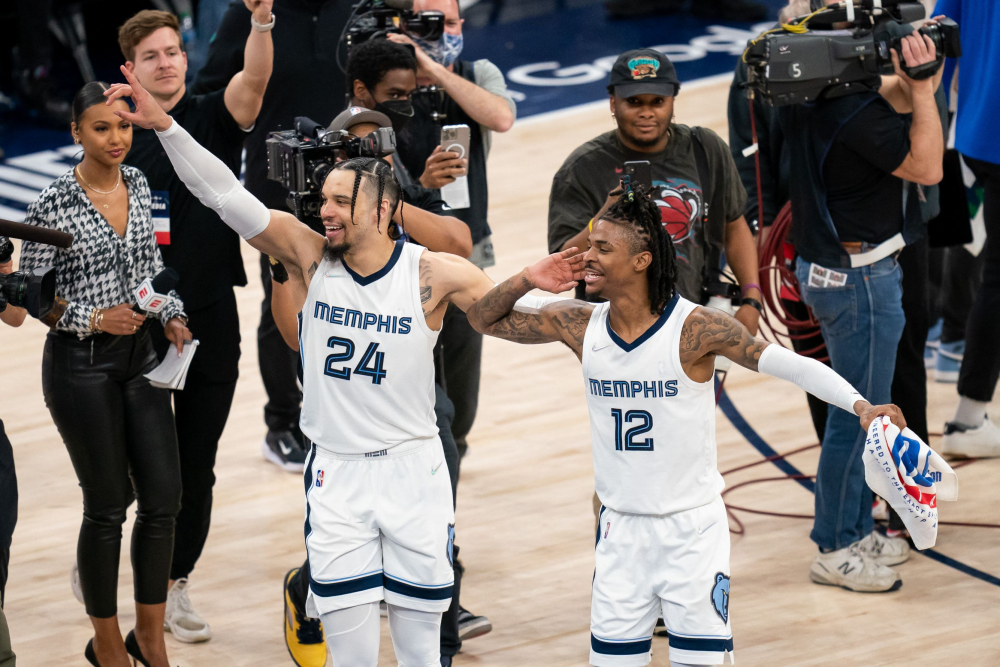 Dillon Brooks and Desmond Bane scored 23 points apiece, and the visiting Memphis Grizzlies capitalized on another fourth-quarter comeback to defeat the Minnesota Timberwolves. 114-106 (28-29, 21-23, 25-32, 40-22) in Game 6 and win their Western Conference first-round series on Friday.

The Grizzlies, who trailed by as much as 13 points in the third quarter, outscored the Timberwolves 40-22 in the fourth, adding to two more wins in which they overcame double-digit deficits.

Game 1 is Sunday afternoon in Memphis.

Minnesota led by 10 after three quarters, but Jackson and Jones made 3 straight points to start the fourth quarter score and pull Memphis 84-80.

The Grizzlies went three points closer before Jordan McLaughlin had a field goal and two assists to help Minnesota take a 91-84 lead.

Brooks’ 3-pointer shot Memphis even to 97 before Edwards made two free throws to put Minnesota back in front.

Clarke made one of two free throws before Bane sank a 3-pointer and Morant scored on a drive for a 103-99 Grizzlies lead with 2:25 left. McDaniels sank a 3-pointer, but Jones responded with a 3-pointer.

McLaughlin scored on a drive, but Jackson responded with a dunk for a four-point advantage with 36.3 seconds left. Morant and Jackson made two free throws apiece to seal the win.

D’Angelo Russell scored the first five points of the third quarter as Wolves extended their three-point halftime lead to 52-49. The lead changed hands eight times in the first half.

Morant and Brooks scored five points apiece on a 12-0 run that brought the Grizzlies to 69-68.

Beverley and McDaniels each made 3-pointers as Wolves built a 12-point lead before taking an 84-74 lead in the fourth quarter.