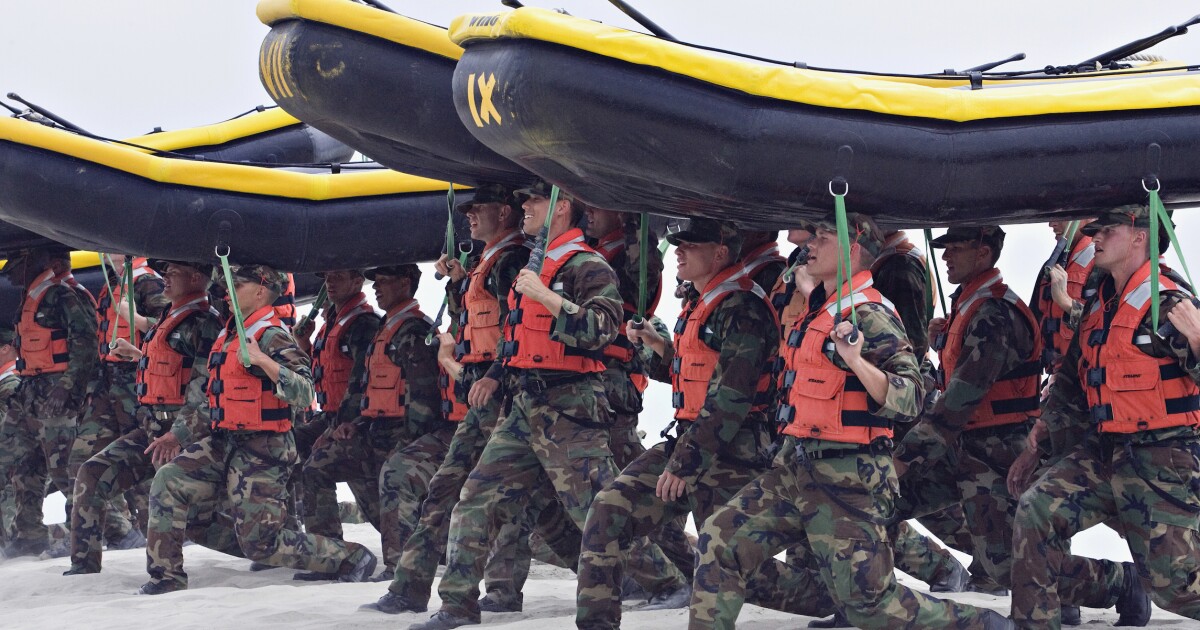 A woman first passed the assessment and selection of Navy SEAL officers.

The unidentified woman completed screening earlier this year, according to Military.com. The news broke this month at a meeting of the Defense Advisory Committee on Women in the Service.

Although women have been allowed to be considered for SEAL openings since 2016, no woman has passed the grueling selection process.

Candidates for the assessment and selection of Navy SEAL officers are selected from the Reserve Officer Training Corps programs, the Officer Candidate School and service academies.

And even after passing the two-week selection this year, the woman was not selected for a SEAL contract as she had not chosen SEALs as her first career choice.

“We are not discussing the details of not selecting a candidate, so it does not interfere with their successful service in other combatant communities,” said Captain Tamara Lawrence, spokesperson for Naval Special Warfare. .

Lawrence said the selection is based on performance during the process.

“Selection is based on the candidate’s scores on the two-week SOAS assessment,” she said. “This process ensures that every candidate has a fair and equal opportunity based on the standards of special naval warfare.”

According to Lt. Grace Olechowski, a force integration officer with Naval Special Warfare Command, five women have been invited to the assessment and officer selection since 2016, three have attempted it and only one has completed.

Each year, approximately 180 people are selected to assist in the assessment and selection of SEAL agents.