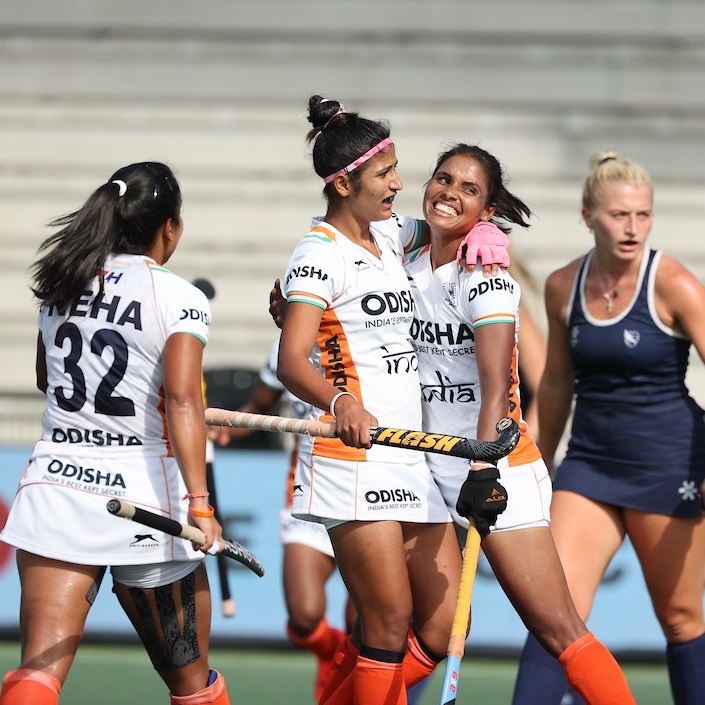 India’s women’s hockey team nearly sealed a third-place finish in their debut FIH Pro League season. India came from one goal down to beat the United States 4-2 in the opener of their home and away game here today.

Danielle Grega gave the United States the lead with a 27th-minute basket. Grega headed the ball past Indian goalkeeper Bichu Devi Kharibam thanks to Erin Matson’s high pass from midfield.

But Deep Grace Ekka equalized in the final minute of the first half with a penalty corner conversion.

India struck again almost immediately after the restart, with Navneet Kaur scoring a field goal. It was put in place by Vandana Katariya after a good comeback from the right flank.

Sonika made it 3-1 in the 39th minute on a field goal, thanks to a defensive slip from the Americans. USA managed to close the gap with a 45th-minute penalty corner conversion from Natalie Konerth, but the experienced Katariya restored India’s two-goal lead on a counterattack at the 49th minute. India took control of the game in the closing stages to seal a clinical victory.

India, who will play their last game of the season against the United States tomorrow, have 27 points from 13 matches. Belgium, fourth, has 22 points with two games less. A victory, or even a bonus point after winning the shootout, tomorrow will secure a third place finish for India. — Agencies