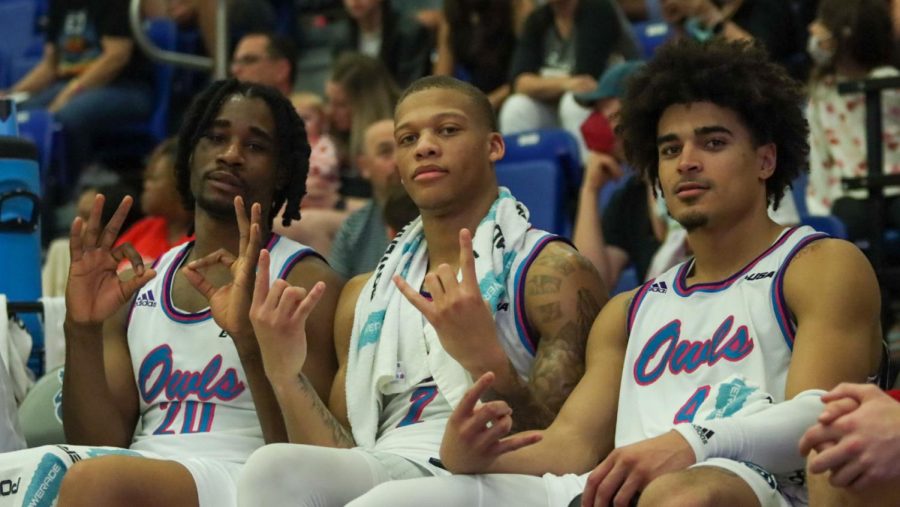 FAU snapped a four-game losing skid with the win.

However, this game was not easy for the Owls as both teams engaged in a back and forth throughout.

The action started off relatively slow with the Owls taking a 9-4 lead 6:28 into the first half from a three-pointer from graduate forward Bitumba Baruti. The scoring continued as less than a minute later Martin sank two free throws to make the lead 13-6.

A 49ers run briefly cut the Owls lead to 14-13 about 10 minutes later, followed by a Charlotte three-pointer. FAU responded with an 8-0 run to extend their lead to 21-14.

Neither lead was secure in the first half as the teams traded leads to end the half. FAU trailed 34-32 before halftime after leading for most of the half.

FAU came out of the semi-flat, without scoring for the first three minutes. That led to a nine-point lead for the 49ers, their game-high. The drought ended when freshman forward Giancarlo Rosado made it 1-2 free throws.

The Owls fought back and took a 48-45 lead on a Martin three-pointer. However, the teams traded leads for several minutes after the three-pointer.

Sophomore goaltender Bryan Greenlee made two free throws to put FAU up 70-63 with 32 seconds left to seal the victory for the team.

FAU next takes on the Florida International University (FIU) Panthers in Miami, Fla. on Thursday, March 3 at 7 p.m. The match will be broadcast live on ESPN+.

Kevin Garcia is an editor at University Press. For more information regarding this story or others, email [email protected] or tweet it @kevingar658.