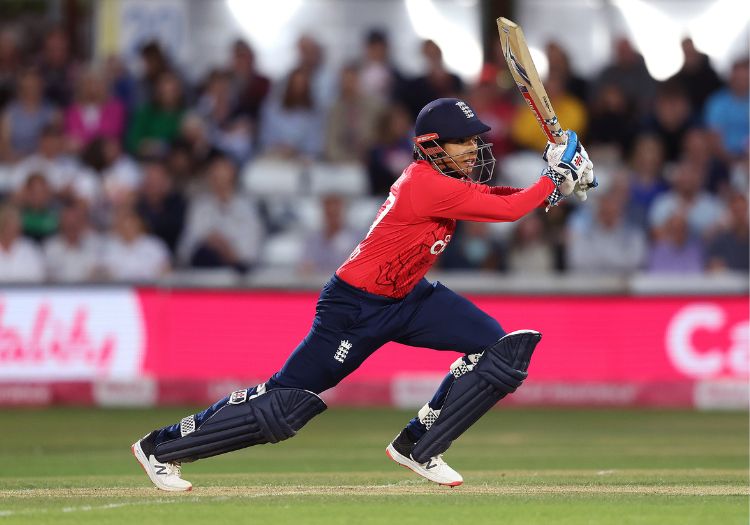 England sealed victory over South Africa in the multi-format series by blasting past the tourists in the first of three T20Is.

Sophia Dunkley beat 59 after Katherine Brunt recorded a career-best T20I figures of 4 for 15 as the hosts hammered the exhausted side of Sune Luus at Chelmsford.

South Africa were hampered by the absence of Marizanne Kapp, who returned home for family reasons, and never featured in the match after losing two of their first three to the Ducks after winning the draw tossed and struck first.

Lara Goodall was knocked down by a Brunt inswinger a delivery after surviving a late call in review. Twelve bullets later, Captain Luus’ miserable streak continued when she became Brunt’s second kill of the night and her 100th in T20I.

Anneke Bosch smashed two of her first three boundary balls in a show of nominative determinism but slowed down thereafter and became Sarah Glenn’s first international wicket since last September.

Mignon du Preez, making up for Kapp’s absence by adding much-needed experience, was returning to the fold after retiring from cricket aged 50 after the World Cup. But she hit Nat Sciver straight to Issy Wong only to be caught midway, while Chloe Tryon was up front as she tried to sweep Sophie Ecclestone.

Delmi Tucker, a late addition to the team a week ago, gave Brunt his third wicket and Sinalo Jafta provided Ecclestone with his second, after sweeping the left arm spinner for six. 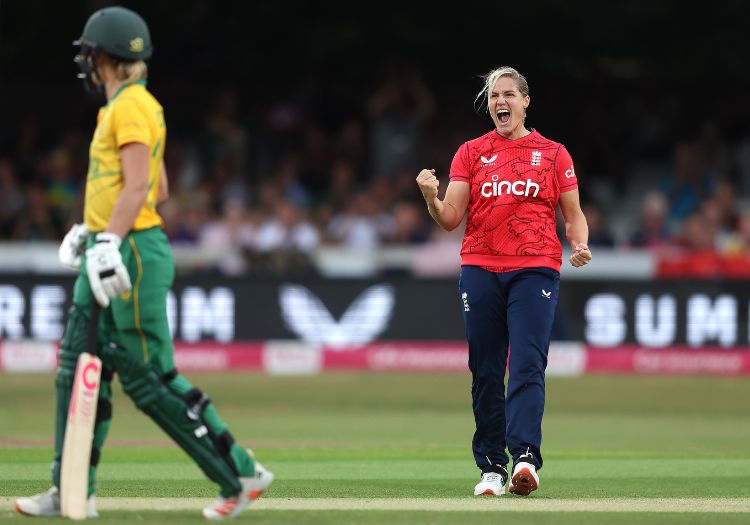 Amid the carnage, Laura Wolvaardt played a lone hand, reaching a crucial half-century with her usual range of class moves, beating at No. 4 rather than the top of the order. However, she could not give the Proteas the big finish needed, choosing Sciver borderline midwicket when Brunt’s final featured just two singles, his wicket and a runout.

England did light target work in response, while also providing a glimpse into the new era of the T20 team, with Tammy Beaumont left out and Dunkley the new opening partner for Danni Wyatt.

Wyatt fell early, bowled as she looked to hack Ayabonga Khaka, and Bryony Smith – making her first T20I appearance for four years as a striking No. 3 – was also thrown after misreading the duration of a Khaka delivery and attempted to fire a ball that skidded.

Khaka beat Sciver for his third wicket but by then England were well on their way to victory, with Dunkley going over fifty for the first time in the shortest format. Her innings featured a pair of sixes and a beautifully driven boundary through extra coverage as Lisa Keightley’s call to push her to the top of the innings was immediately vindicated.

She looked certain to see England home until she edged a full throw from deep square-leg Bosch, having laid down her previous ball well over six.

It was left to Heather Knight to put the finishing touches on another compelling display from her team, just over a week away from the Commonwealth Games.

Please ensure that all fields are completed before submitting your comment!