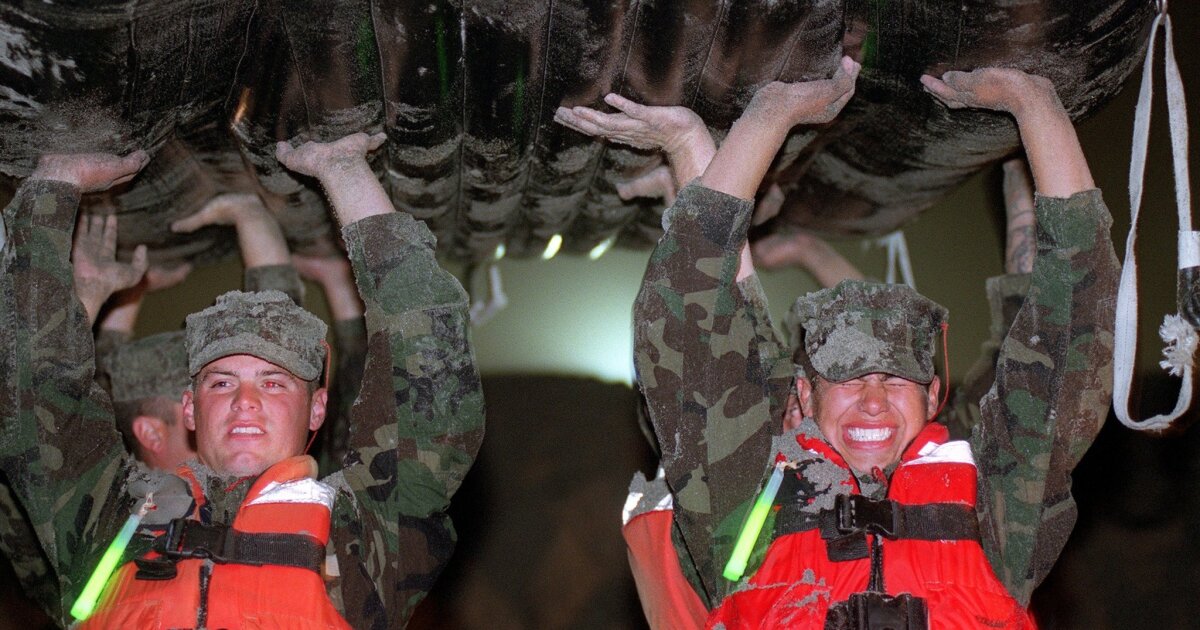 The nation’s Navy SEALs will have a new leader later this year when Rear Admiral Timothy Szymanski takes the helm of Coronado’s Naval Special Warfare Command.

Szymanski will replace Rear Admiral Brian Losey, who has held SEAL’s most senior position since June 2013, the Navy said on Monday.

Both were in Washington, DC, for the presentation of the Medal of Honor to Senior Chief Ed Byers, the first living SEAL to receive the country’s highest combat decoration for the wars in Iraq and Afghanistan.

The Navy’s Special Warfare Command oversees the nation’s 2,500 active-duty SEALs, in addition to the Special Warfare Training Center on the Silver Strand, where all candidates must successfully complete the grueling basic demolition course under- marine / SEAL before being able to receive the pin of the SEAL trident.

The changeover will take place this summer if it follows the tradition of the other changes of command scheduled at the SEAL base.

Szymanski is originally from Wilmington, Del., And graduated from the US Naval Academy in 1985.

A career SEAL officer, he spent most of his time in posts on the East Coast.

These include the ultra-elite Naval Special Warfare Development Group, sometimes referred to as SEAL Team 6, where he worked as a troop and squadron commander, operations officer and deputy commander.

He also commanded SEAL Team 2 and held senior positions with SEAL Delivery Vehicle Team 2, both in Virginia, in addition to a Joint Task Force in Afghanistan.

At the Pentagon, he served the Joint Chiefs of Staff on terrorism issues and as the Chief of Staff of the Pakistan-Afghanistan Coordination Cell.

Losey’s next move has not been announced.

SEAL leaders have become particularly low-key after the celebrity following the May 2011 mission in which the SEALs killed al-Qaeda leader Osama bin Laden.

However, Losey’s name made headlines in October after the Pentagon Inspector General substantiated three complaints that the SEAL agent violated whistleblower protection laws in an earlier post.

When Losey worked in Special Operations Command for Africa, headquartered in Stuttgart, Germany, several subordinates complained that he had fired, demoted or wrongly punished them, according to the Washington Post.

Losey reportedly disputed the allegations, saying the employees in question were underperforming.

Navy officials said in October that they chose not to take action against Losey because the behavior had not reached the level of misconduct.

This paved the way for Losey’s promotion to the Second Star for which he was approved in 2011.

Szymanski inherits an order in the face of potentially significant changes to come.

Defense Secretary Ashton Carter has ordered all land combat units to be open to women by April 1. This will end the SEAL fighters’ status as the Navy’s last all-male stronghold.