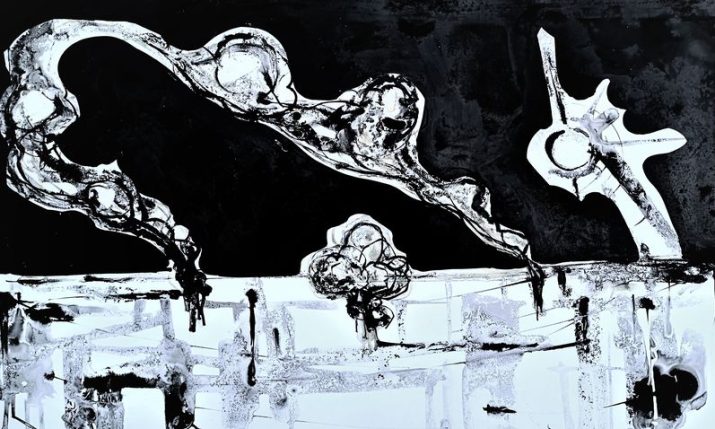 “Across the pasted news pages of an idyllic peacetime setting, Alfred Freddy Krupa juxtaposed hand-drawn white chalk outlines of fallen figures in ‘Lost Lives’ – victims amidst forms modern social violence. “Ukrainian days” addresses the current state of war in Ukraine and its desolate terrain as a war-torn region. “The Fog of Kupa” reveals a subtle use of ink where the pooling of water and brush forms an indefinite yet singular landscape of murky complexity in this painting signed with a Chinese seal,” said the jury in a statement. 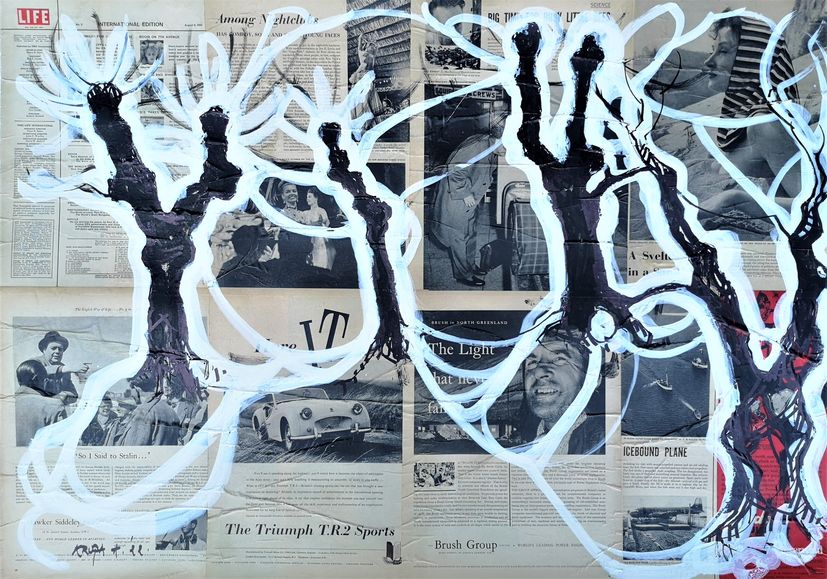 The Croatian wins a plaque, a diploma, a permanent reference on the website and a cash prize of 500 USD.

The members of the jury were Dr. Milagros S. Bello Ph.D. (doctorate at the Sorbonne Paris, fmr. professor in the Department of Art History at Florida Atlantic State University, member of the International Association of Critics of ‘art /AICA-PARIS/), Felix Suazo (former researcher at the National Gallery of Art /Galería de Arte Nacional/ and the Museum of Contemporary Art in Caracas) and the Californian artist Lorian Suarez.

JURY CRITERIA FOR THE FIRST AND SECOND PLACE AWARDS:

The thematic context of the artwork and its connection to global and regional themes with political, social, anthropological and psychological dimensions, and its relationship to contemporary art movements, as well as the merit of the artworks, have all been factors that informed the selection of jurors. Winners of the International Art Awards competition.

The use of alternative forms and mixed media, the poignancy of their social commentary, their connection to the selected materials and their employment were also notable in the artists’ first and second place winning artworks.

Earlier this month, Krupa also exhibited at the “Kefir 22” collective exhibition in Florence, Italy. He is currently exhibiting at the 9th Croatian Watercolor Triennial (Karlovac, Zagreb, Slavonski Brod), and will exhibit in September at the 18th INTERBIFEP in Tuzla (18th International Portrait Biennial, BiH), in October at the 1st International Biennial in Tirana Graphic Arts (Albania), and in November at the 11th Chinese Calligraphy and Ink Painting Exhibition (online) in Tokyo (Japan).

A bit of hype via David Boreanaz!