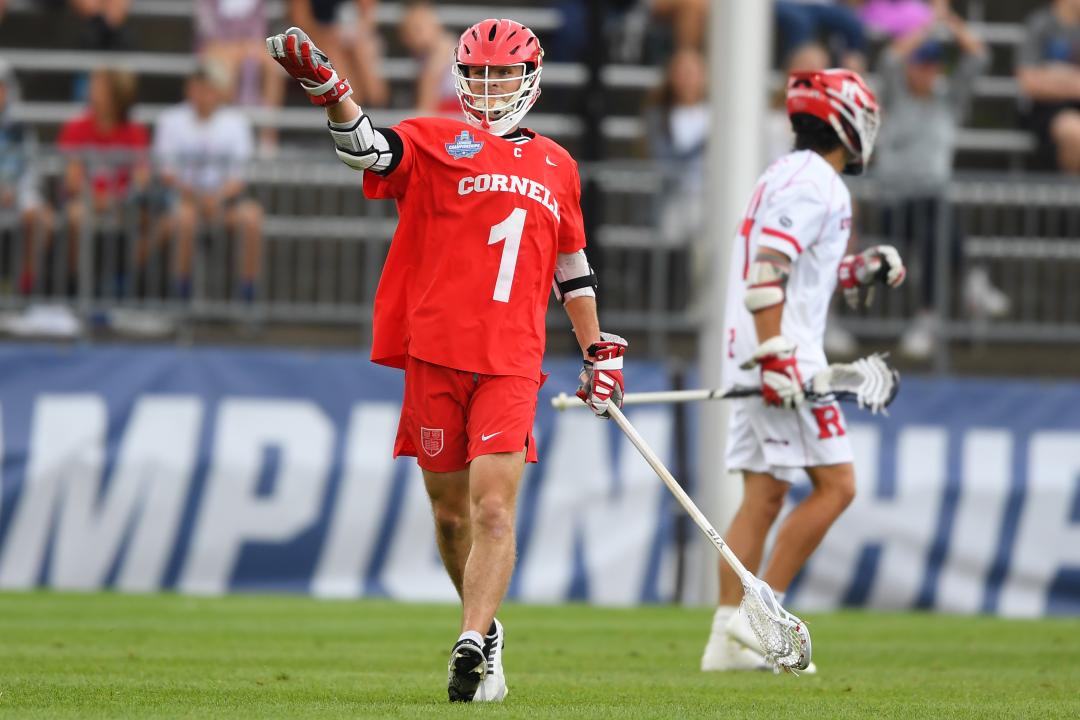 Cornell men’s lacrosse is heading to its first NCAA Finals since 2009.

The Big Red came out hot and built on their momentum after a three-hour rain delay, pulling away for a 17-10 victory over Rutgers in the first men’s semi-final. The trio of John Piatellia, Michael Long and CJ Kirst combined for 12 goals and three assists to lead an effective Cornell attack, and Gavin Adler led a formidable defensive effort to seal the win.

The first half was marked by fierce defending and efficient driving from the Big Red. Cornell prevented easy shots from Rutgers and capitalized on six turnovers, two of which came on the drive and turned into easy goals from Michael Long.

Cornell scored three straight goals to take a 3-1 second quarter lead. Long conceded two goals in the second quarter, including one where he stripped Rutgers goaltender Colin Kirst and dived to make it 8-3 before halftime. The weather set in soon after and both teams were delayed by just over three hours before returning to the pitch around 4pm.

The Big Red carried the same momentum into the third quarter, scoring six straight third quarter goals after Rutgers opened the frame by cutting the deficit to four goals. Piatelli had a hat trick in the quarter that gave Cornell a comfortable lead. As Rutgers tried to make a comeback, the Big Red forced a few timely turnovers to keep their momentum going. Kirst scored a number of scoring goals in the second half, helping Cornell lead to 10 goals before the Scarlet Knights added three late goals.

USA fall to Finland in IIHF semifinals, will face Czechia for bronze – The Rink Live