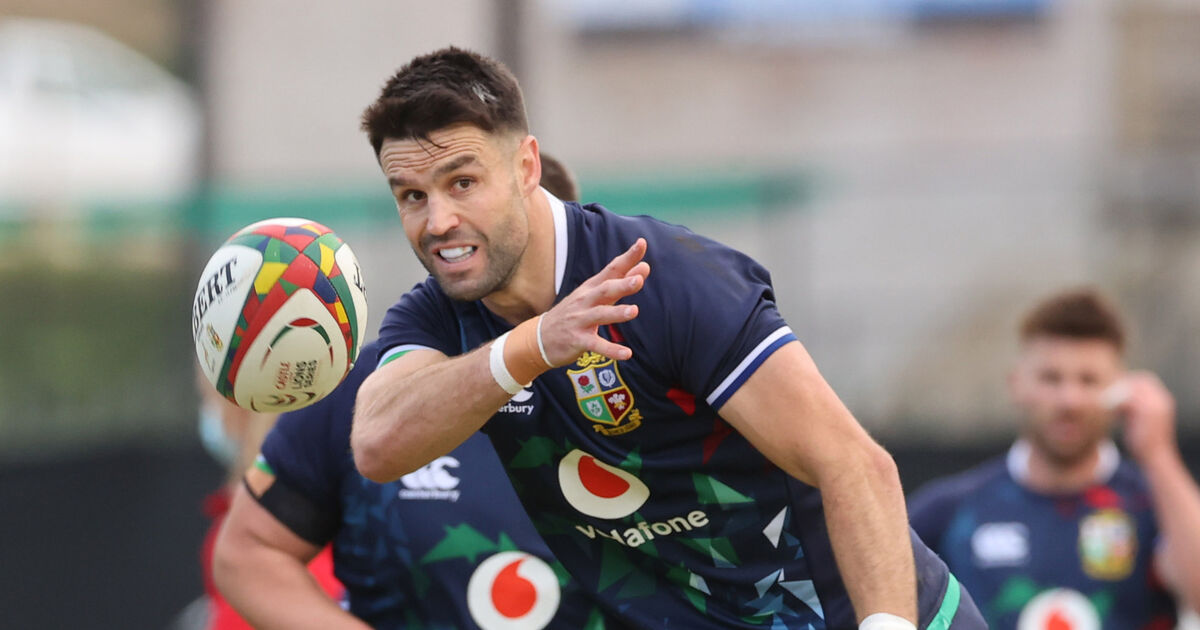 Conor Murray will start for the British and Irish Lions in Saturday’s second test against South Africa as Warren Gatland tries to secure a series victory at Cape Town Stadium.

The Munster and Ireland scrum-half had to settle for a place on the bench in last Saturday’s 22-17 win as Ali Price was handed the number nine jersey he had worn with distinction in all three tests against New Zealand in 2017, but his solid role finish last weekend as the Lions took a 1-0 lead in the series landed him a start as one of the three changes from the XV head coach Gatland picked a week ago.

Murray, 32, will win his fourth test start for the Lions and make his eighth test appearance for tourists after stepping off the bench twice in 2013, while the Scotsman Price is retained in the named squad of the day. Tuesday morning as a replacement.

Chris Harris is selected at center outside as part of a midfield partnership with Robbie Henshaw as Elliot Daly moves to the bench as back outside cover while the other change sees Mako Vunipola start at loose support with Wyn Jones unrecovered from a shoulder injury as last week’s starter Rory Sutherland takes his place among the substitutes.

Vunipola, like Murray, was part of a hard-hitting bench in last Saturday’s second half as the Lions reduced a 12-3 halftime deficit with the Saracens winning a scrum penalty against the famous Bomb Springbok Squad.

“As always, the selection was incredibly difficult,” said Gatland. “However, we made the changes that we think are the right choices for the weekend game.”

There is an unchanged back row of Courtney Lawes on the blind flank, Tom Curry on the open side and Jack Conan at No.8, completing an Irish quartet of Test starters with forward Tadhg Beirne keeping his place on the bench .

And in the baseline, Murray will be teamed up in the half-backs by Dan Biggar, who is nominated at the opening subject to the Welshman completing the return-to-play protocol and assessment by an independent concussion consultant with failed a head injury assessment. in the second half of last Saturday’s victory.

Anthony Watson’s three full-backs, Duhan van der Merwe and full-back Stuart Hogg remain the same while there is another change on the bench where 2013 and 2017 Tests veteran Taulupe Faletau replaces Hamish Watson as back cover.

Gatland described Saturday’s game as the biggest of the tour, with the Springboks needing a win to keep the series alive.

“It will be another close competition. We know the Springboks are going to suffer and they’re going to throw everything at us on Saturday, but I think there’s a lot more to come from us too. We think we can move up another level from where we were in the first test and I would expect us to improve.

“This is the biggest game of the Tour and we have to accept the expectations that come with it. As players and coaches, these are the games you want to participate in. We’re relishing the opportunity to face the Springboks again on Saturday and potentially seal a series victory.

Head coach Jacques Nienaber responded to last Saturday’s 22-17 loss by replacing ineffective Kwagga Smith with Wiese, who came as a replacement against Georgia on July 2.

And there are two adjustments to the front row with only hooker Bongi Mbonambi surviving as the Springboks give starts to stalwarts Steven Kitshoff and Frans Malherbe.