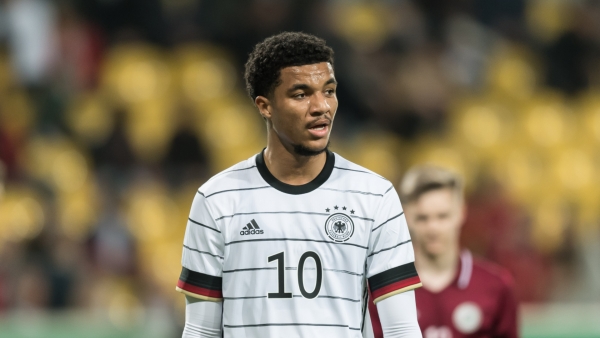 Paris Saint-Germain are ‘keeping the best player in the world’ after convincing Kylian Mbappe to stay with the club, according to president Nasser Al-Khelaifi.

Mbappe was expected to join Real Madrid when his previous contract expired at the end of the 2021-22 campaign.

However, ahead of PSG’s final game of the season against Metz, reports surfaced that he had in fact decided to accept PSG’s offer of a new contract and stay in the French capital.

His mother and agent confirmed on Friday that agreements had been reached with both clubs and ahead of Saturday’s game it was confirmed that Mbappe would remain on a three-year contract.

Mbappe paraded onto the pitch ahead of the game at the Parc des Princes, wearing a ‘2025’ shirt, and then scored a hat-trick as PSG ended a victorious Ligue 1 season with a 5-0 rout.

The hat-trick took his tally for the season to 39 in all competitions. Only two players from Europe’s top five leagues, Robert Lewandowski (50) and Karim Benzema (44), have scored more.

But, with 21 assists to his name, no player in the top five leagues has registered more goals than Mbappe’s 60.

Speaking at a press conference on Monday, Al-Khelaifi said: “Kylian has stayed at PSG for the next three seasons. It’s very important for us, Ligue 1 and France.

“This choice is a very strong sign, we are keeping the best player in the world. He is staying here because Paris is putting him in a position to achieve his sporting goals: winning, winning and winning.”

Reports suggest that Mbappe will earn a salary of €100m per year and received a signing bonus of €150m.

Moreover, there have been speculations that he will help decide the manager, with Mauricio Pochettino’s future uncertain, have a say in the appointment of a sporting director and approve transfers.

Asked about his alleged credentials, Al-Khelaifi didn’t directly answer the question, saying: “I’ll be very honest with you: from day one we talk about football with his family.

“That’s what I like about him, we always talk about football. When we come here, we come here because it’s Paris and he comes to win a lot of trophies.”

However, Al-Khelaifi suggested that Madrid could have offered Mbappe more than they were paying him.

“We weren’t sure, but we always believed in Kylian, in his family.

“We have built something very strong between us since day one. Maybe you don’t understand it now but you will understand later that it’s positive for the club, the league, France.”

Responding to criticism of the deal from La Liga president Javier Tebas, who called it an “insult to football”, Al-Khelaifi said: “Our Ligue 1 president is Vincent Labrune. He can answer you better.

“But maybe it’s a good thing if Ligue 1 is better than La Liga. We have respect for everyone. We’re focused on our club, our league, our best player in the world, he’s the more important to me.”